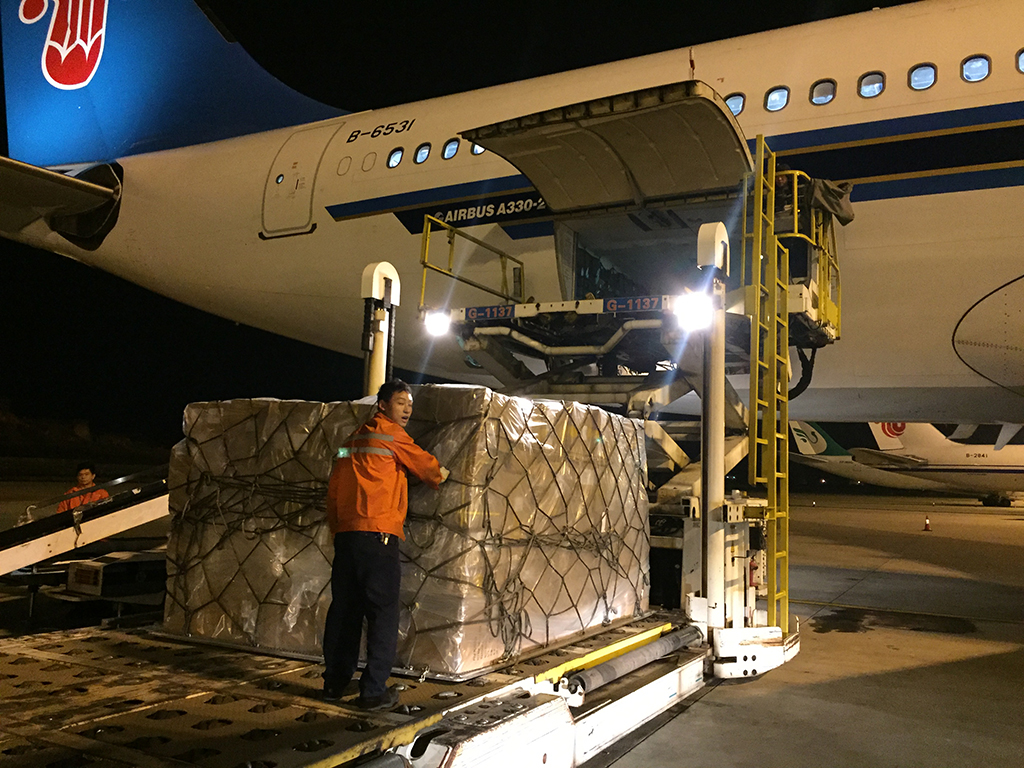 China Southern Airlines has transported thousands of winter jackets to Europe for Syrian refugees in Germany, part of a donation by Chinese-Australian businessman Henry Ngai.
The 1.5 tonnes load spurred a major logistical effort involving China Southern Airlines, the German government and the German Red Cross.
The A$1.15m donation for 100,000 jackets had seen 38,000 jackets shipped by the sea.
But, due to the lengthy journey time of the sea voyage, part of the humanitarian consignment was delivered in the bellyhold of a passenger aircraft from Guangzhou to Frankfurt.
China Southern Cargo, a member of SkyTeam Cargo, currently has twelve B777-200Fs and two B747-400Fs, with Shanghai and Guangzhou as its hubs.