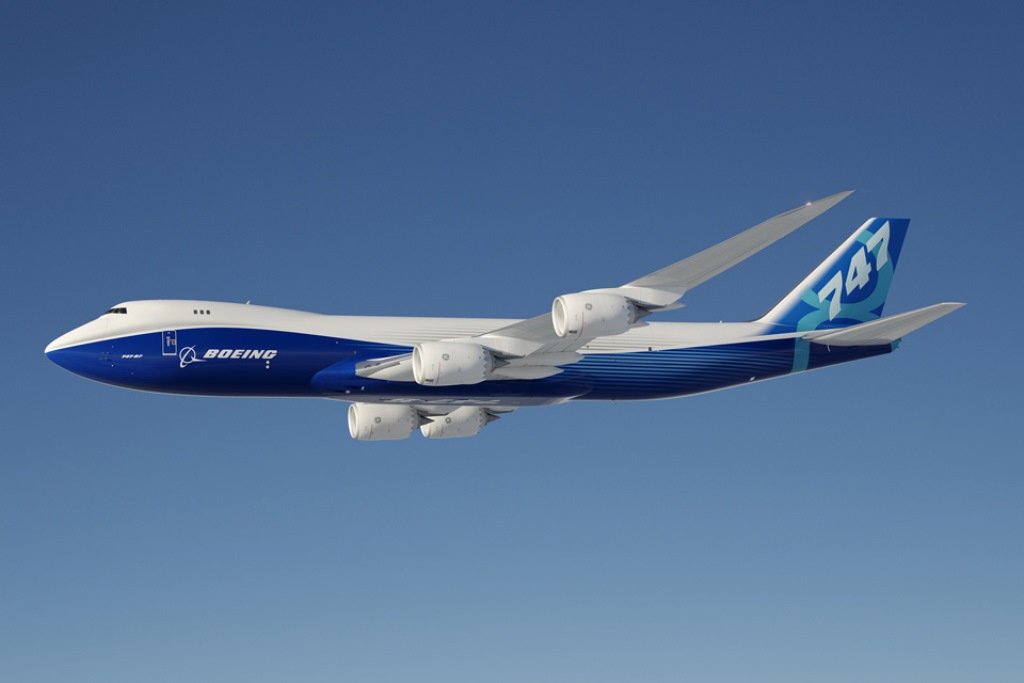 Aircraft manufacturer Boeing has reported an increase in the number of freighter aircraft delivered during the first half of the year, but also confirmed it will scale back production of 747-8s.
The Chicago-based manufacturer delivered a total of 19 freighter aircraft during the first half of the year, with Fed-Ex taking nine of those.
That compares with a total of nine freighter aircraft delivered during the first half of last year.
The FedEx aircraft were all 767-300Fs, Cargolux and Korean Air received one 747-8F each, and eight 777Fs were delivered: three to China Southern Airlines, one to Air China Cargo, one to Korean Air, one to Lufthansa Cargo, one to Qatar Airways and another to an unidentified customer.
Meanwhile, a spokesman also confirmed to Air Cargo News that the company would be scaling back the production of 747-8 to one per month from March next year as it awaits a recovery in air cargo demand.
As of the end of May, there were just 32 of 747-8 model still to be delivered, with 14 of those freighter aircraft.
One per month is reportedly the slowest level it can profitably produce the aircraft.
While the model may have fallen out of favour, there has been a flurry of activity surrounding the 747-8 freighter model over the last month.
In June, Volga-Dnepr announced it had signed a Memorandum of Understanding worth $7.4bn for the order of 20 of the aircraft for its AirBridgeCargo (ABC) subsidiary.
The deal is expected to be firmed up before the end of the year. Also, Atlas Air Worldwide announced it would acquire one of the aircraft.
ABC’s executive president Denis Ilin told Air Cargo News that it went for the nose loading -8F, rather than the popular B777-200F side-loader, because it was the “natural choice”.
“The 747 is an aircraft that, in cargo terms, can do much more than any other options. The B777 is a brilliant product and the best in serving both niches, passenger and cargo," he said.
“But if you look at cargo specifics, then the B747 can definitely do much more than the B777 in terms of specification for the cargo we can carry.
“We don’t have another bet, we need to make a choice towards an aircraft that is more diverse in its capabilities. That is the B747. For us it is the natural choice.”
Despite some industry doubts, ABC still sees a need for nose-loading aircraft like the -8F: “It depends on the traffic and geography. Mostly out of China we don’t use the nose-loading capability, but on the routes ex-Europe and ex-US, there is still a requirement.
“For example, out of Dallas, I would say that 75% of our flights require nose-loaders, not just to speed up the loading process but because of the nature of the cargo. It is a competitive advantage which we need to have.”
Boeing is optimistic for the future of the -8 as it believes there will be an upturn in cargo demand.
In May, it upped its expectation for aircraft demand for the next 20 years.
During the period cargo traffic is expected to grow at about 4.7% per year.
“The air cargo market continues to strengthen, and will drive demand of some 920 new airplanes over the 20-year forecast,” Boeing said.
"We’ve seen two years of solid growth in the air cargo market and we expect that growth to continue.
"That’s great news for our line of production freighters, including the 747-8, 767 and 777."

LOT Polish Airlines and its India GSSA, Group Concorde, have transported 53.5 tonnes of cargo on a single cargo-only Dreamliner…