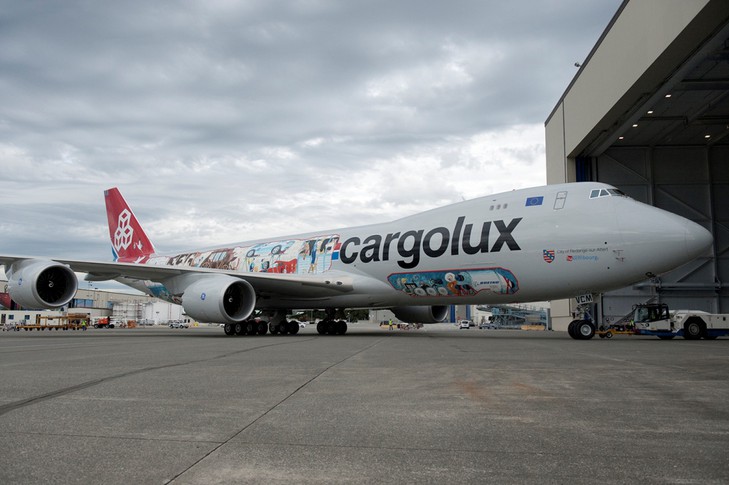 Cargolux and a group of Asian investors have given the go-ahead for the creation of new Zhengzhou-based Cargolux China.
Cargolux’s $77m investment will give the Luxembourg-based airline a 35% share in the new venture, with Henan Civil Aviation Development and Investment Co (HNCA) taking a 49% share, Xin Gang Investment & Development Co of Zhengzhou Airport Comprehensive Economic Experimental Zone with 8% and the Henan Airport Group will hold the remaining 8%.
Cargolux China will be based at Zhengzhou and is expected to start operations in 2017, focusing on transpacific and intra-Asian routes.
Its fleet will start with three 747 freighters and grow to five within the first three years of operation. With the China joint venture, the Cargolux family will expand its fleet to from 25 to 30 aircraft by 2017.
Boeing’s twin-engine 777F was not considered, mainly due to issues of B747 fleet maintenance standardisation, the nose-loading ability and project cargo friendly contours of the four-engine B747 and the current low aviation fuel price, which marginalises the difference between a four and two-engine freighter.
Zhengzhou airport ─ the city is the provincial capital of Henan Province in east-central China ─ boasts an iPhone-producing Foxconn manufacturing plant close by.
In October, Cargolux boss Dirk Reich said the China subsidiary’s three launch freighters will concentrate on the transpacific, with up to 80% of the flights going “back and forth” between the US and China, while the remainder will be intra-Asia rotations. There will not be any China domestic flights, said the Cargolux boss.
There will be a clear distinction between the route profile of the European parent and the Chinese subsidiary, with the former focused on the Atlantic and European routes.
Looking beyond the take-off trio freighters, to a five strong fleet, Reich said that the ambition for the Chinese arm is “to connect China with direct flights to Australia, South America, and Africa”.
HNCA, which is also a 35% shareholder in Cargolux, is a state-owned enterprise, concentrating on the development of the civil aviation industry, the construction of the Zhengzhou Airport Economy Zone, promoting the transformation and upgrading of the Central China Economic Zone by actively participating in aviation infrastructure construction and the development of related industries.
Xin Gang Investment & Development Co was founded in Zhengzhou in 2012 as a private company engaged in construction projects and is responsible for the development of the airport economic zone.
Henan Airport Group is the operator of Zhengzhou Xinzheng International Airport.
The airport’s master plan through 2040 foresees five runways, one of which will be solely dedicated to cargo flights, four passenger terminals and expanded cargo facilities.
Cargo capacity is planned to reach over 3m tons annually, while passenger capacity will grow to 70m  annually.