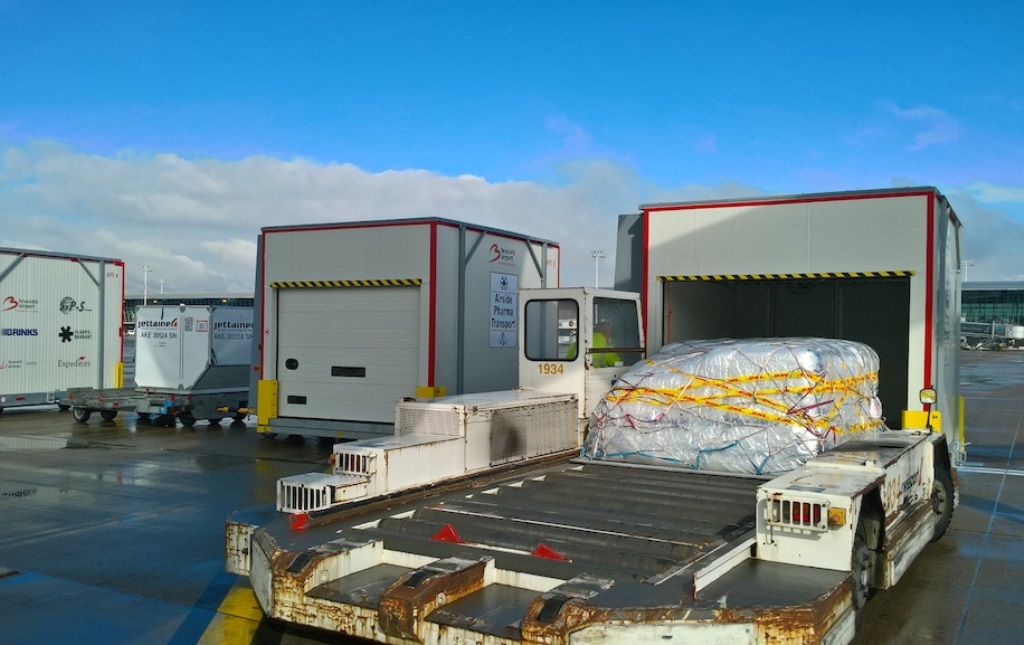 Brussels Airlines Cargo will use temperature controlled dollies as standard at its home hub for all pharma shipments requiring temperature control.
The airline said it has made the decision to standardise the use of the cool dollies for temperature controlled shipments at Brussels in response to customer demand.
Brussels Airlines business development and product manager Reinout Puissant said: “Brussels Airlines Cargo has decided to include the pharma transporter in its default service offer for all pharma shipments requiring temperature control.
“We herewith respond to the request of the industry to take the lead in quality improvements throughout the entire supply chain, including the part we don’t operate ourselves. The airline is the natural advocate for shippers and forwarders to close the gaps in those areas where they have less visibility.”
Four active airside Pharma Transport vehicles, part of a BRUcargo project, are now available and approved for operational use at Brussels Airport.
Real-time data about the temperature is made available to the customer and shipper in order to guarantee instant follow-up.
Speaking at TIACA’s Air Cargo Forum, Brussels Airport said it was looking to add more pharma dollies in response to demand.
The airport is also in the process of developing an app to allow users to make bookings for the transporters.