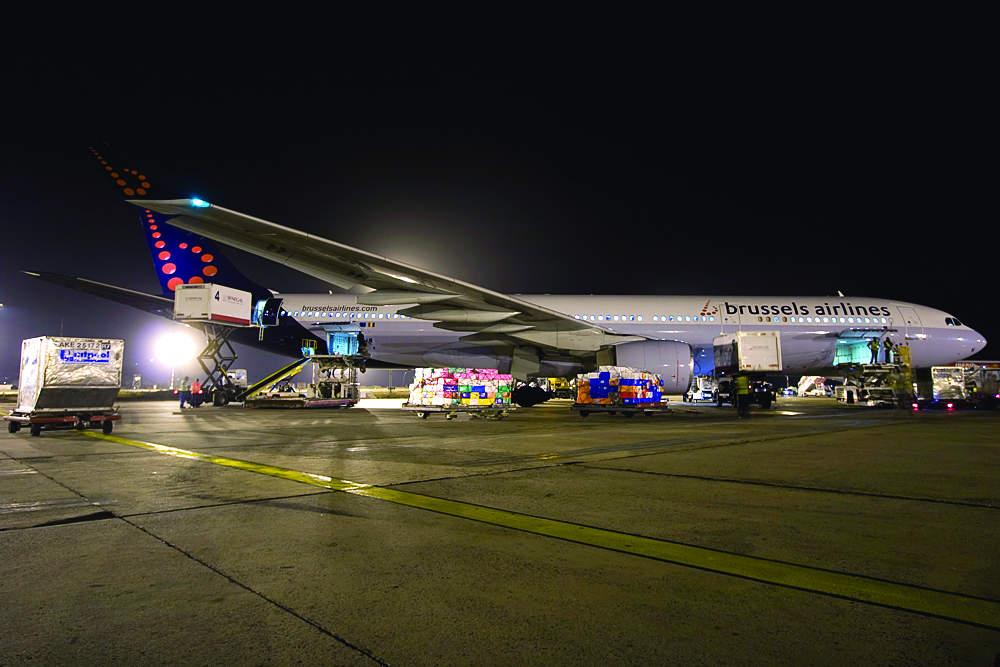 The volume of cargo carried by Brussels Airlines fell away slightly in January compared to the same month of 2015.
The Belgian carrier, which is owned by SN Airholding and is part of the Lufthansa Group, flew 15.7% fewer freight ton-kilometres (FTK) year-on-year during the month.
However, the decline was caused, the airline explained, by the reduced freight capacity it had available during the month, an otherwise unwanted impact of the greater number of passengers it carried and the weight restrictions it has on flights.
Brussels Airlines’ narrow body aircraft service the regional European market, while, long-haul routes are flown by its fleet of A330-200 and -300s, the carrier offering a particular focus on routes to Africa as well as to two destinations in the US (New York JFK and Washington DC).
In April, it is launching five times a week flights to Toronto in Canada.