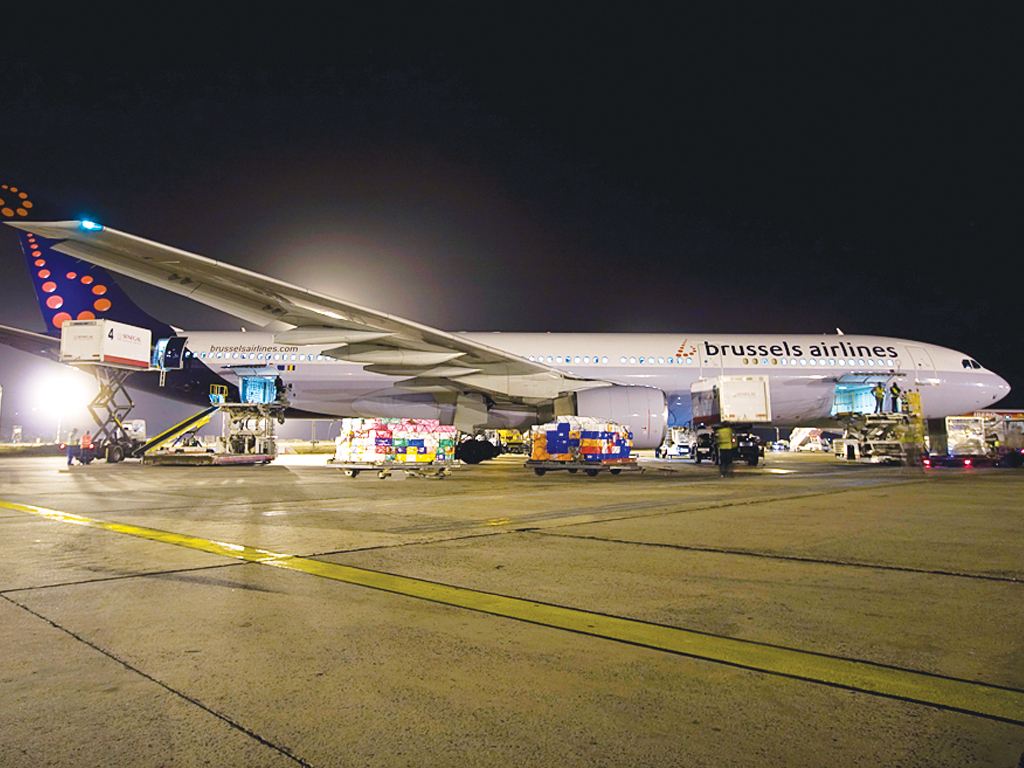 Brussels Airlines’ freight load factor decreased year on year by four percentage points in June, falling from 68% to 64%.
It was an improvement on the previous month, however; May’s freight load factor was 63%.
The year on year decline, a statement said, was mainly attributable to changes in the carrier’s cargo network: the Nairobi route had been terminated and freight activity on the new Toronto connection, launched in April, was said to be “still developing”.