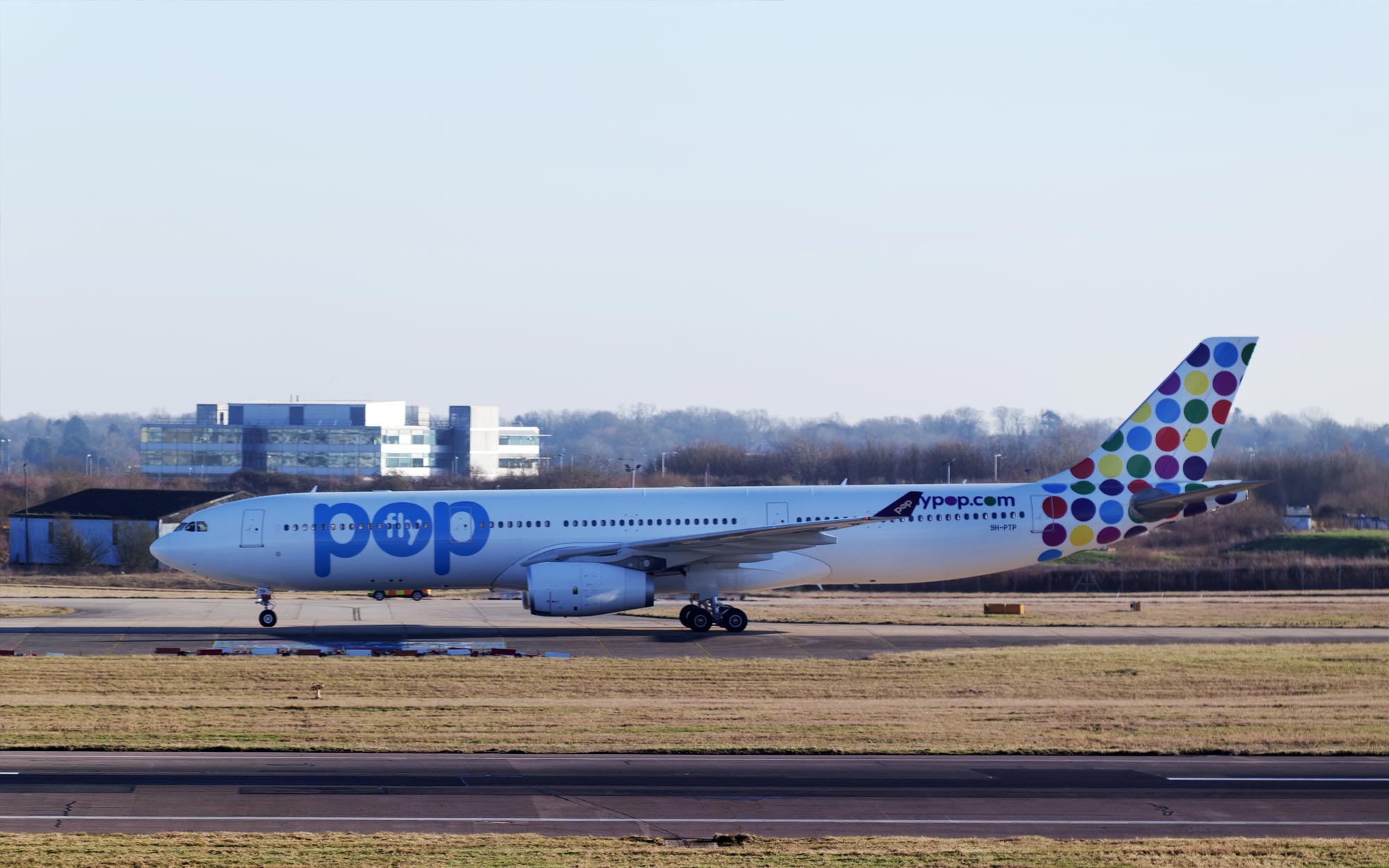 UK low-cost airline flypop has brought a second Airbus A330 aircraft into service for cargo-in-the-cabin operations.

Over the weekend of January 15-16, the Airbus A330 flew into London Stansted Airport, flypop’s headquarters. The airline launched pax-freighter services on an A330-300 in November through a partnership with lessor Hi Fly.

Flypop eventually plans to operate passenger flights to India, but in the meantime has decided to use its aircraft for cargo operations.

Over the next few months flypop will bring two more of its fleet of aircraft into service for cargo duties and said it plans to launch passenger flights in the summer to meet the pent-up demand of the Indian diaspora communities living in the UK and their visiting friends and relatives.

Navdip Singh Judge, chief executive officer and principal of flypop, commented: “Fantastic to see our second flypop aircraft in the skies and especially here at our UK base at London Stansted Airport and flying over my house. flypop is now a revenue generating airline and we look forward to continuing to grow our fleet of aircraft throughout 2022 for both cargo and passenger operations.”