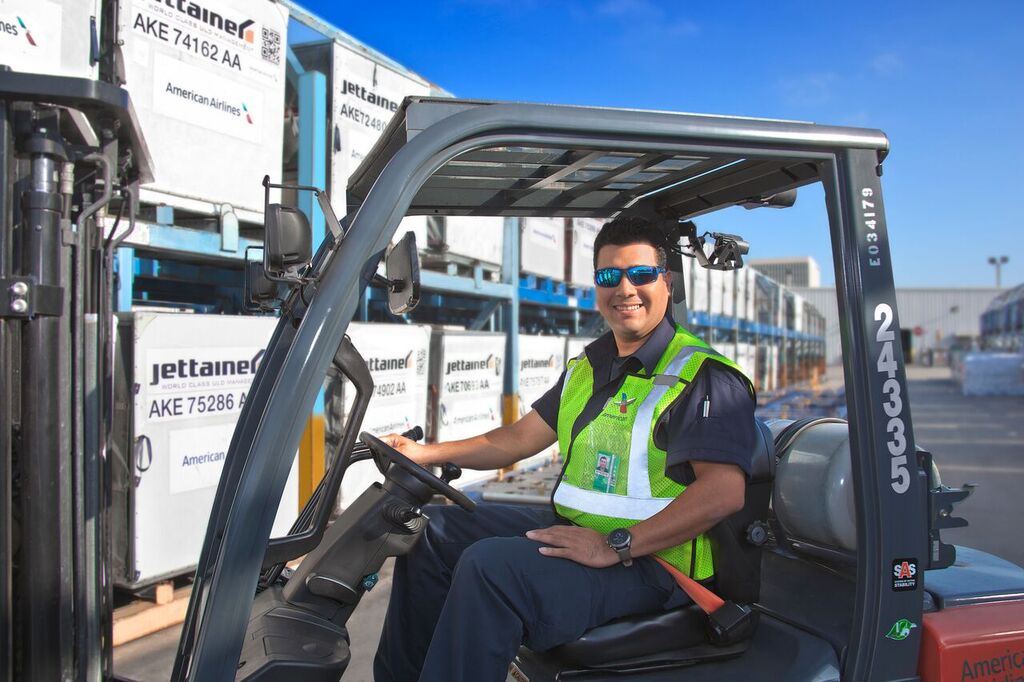 Increased e-commerce, flowers and blood products helped American Airlines Cargo achieve "record-setting growth" in the 2018 second quarter, handling 158,000 tonnes of freight, a 9.7% increase on the same period last year, while also posting a record month in June.
The US carrier saw a 19.4% rise in cargo revenue in the 2018 second quarter to $261m, and for the first six months to the end of June, cargo revenue rose 19.1% to $488m.
The US carrier said in a statement: "Several key trends contributed to the record month and quarter. E-commerce related movements continue to support significant growth across the network, particularly out of Asia, Europe and Brazil, while pharmaceuticals, fruit and flowers were the largest growing commodities throughout the time frame."
The airline cited a range of factors driving the success of the second quarter. Trucking volume increased 13.6% year over year while flower traffic from Europe was up—especially from France and Holland.
There was a more than 800% year over year increase in the shipment of blood for medical purposes, plus several high-visibility large project shipments, such as the movement of more than 385 tonnes of engine and auto accessories from Japan — the equivalent of 1,800 "massive V8 engines".
There was also the sponsorship and transportation of valuable artwork from Madrid to the San Antonio Museum of Art.
Lori Sinn, managing director, revenue management, American Airlines Cargo, said: "Our entire team is thrilled to have achieved such a strong second quarter and June for 2018.”
“This is a fitting indicator of the commitment of our people to excellent and timely service, as well as the growing number of customers around the globe who trust American to deliver their cargo quickly and reliably. We look forward to breaking more records in the future.”
The airline recorded its best June performance in more than 10 years. Operational performance for the entire second quarter was also near historical record highs.
Read more cargo Airline, e-commerce logistics, Perishables Logistics and Pharma Logistics news