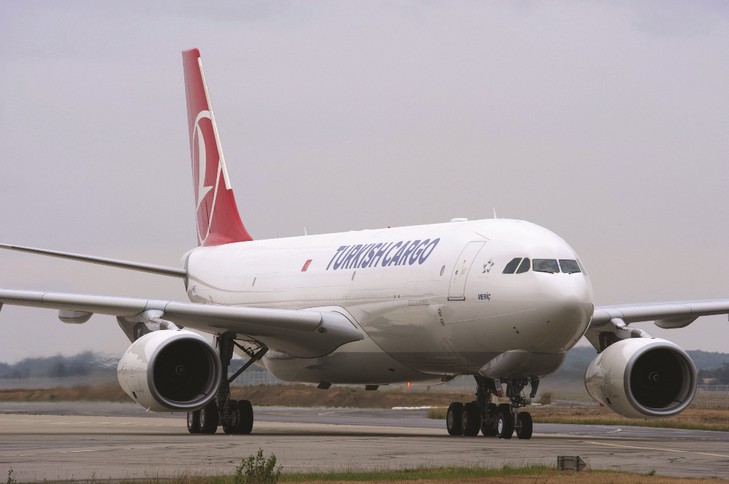 Turkish Airlines saw its cargo volumes jump by more than 8% last year as it added several new freighter routes.
The airline saw cargo tons carried increase by 8.1% year on year in 2015 to 704,570 tons.
Cargo demand on flights to and from Africa recorded the largest percentage increase, jumping by 61.2% on the previous year to 97,024 tons.
Last year, it added freighter flights to Dakar and Kinshasa with A330F flights, while its passenger services to the continent have also been expanded.
Its largest business area was once again Europe, despite demand declining by 1.7% on 2014 levels to 212,527 tons.
Volumes to the Far East also declined, sliding by 0.2% to 198,557 tons, while demand on North America routes was up by 17.6% to 59,296 tons as it added freighter flights to New York, Atlanta and Chicago.
Demand on Middle East routes increased by 12.2% to 75,455 tons, to South America there was a 19.7% jump to 9,656 tons and on domestic services there was growth of 2.1% to 52,082 tons.
As well as new freighter routes to Africa and North America, the company also added services to Amsterdam, Stansted, Doha and Hyderabad.
Last year, the airline took delivery of a single Airbus A330-200F in April. In March, it placed an order for a further four of the aircraft.