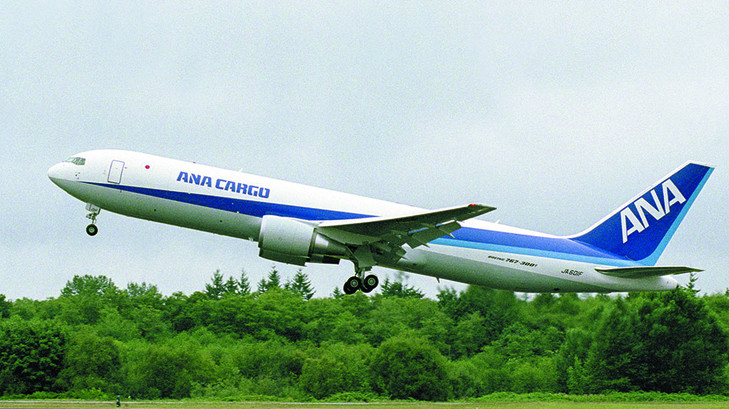 The ongoing ANA Cargo and United Cargo transpacific partnership will finally launch in July, 18 months after news of the tie-up first broke.
ANA said the two airlines had finally signed the partnership contract on March 30 and they planned to launch the tie-up on July 5.
Joint sales and aligned operations for shipments originating in Japan and bound for the US and Canada will be launched as the first phase.
The carriers plan to expand the geographical scope of the joint venture to include ex-US and Canada to Japan routes in the near future.
The combined network includes 175 nonstop flights a week to 12 destinations and numerous flight and truck connections within the US. and Canada.
“This programme will offer cargo customers access to more destinations with quicker transport times,” ANA said.
Cargo partnerships appear to be once again increasing in popularity after falling out of vogue in recent years.
Leading the cargo partnership trend has been Lufthansa, United and ANA. Lufthansa already has a partnership with ANA on the Japan-Europe trade, while it is in the process of negotiating an agreement with United that will cover the transatlantic.
The German carrier is also holding talks with Cathay Pacific for services on Hong Kong-Europe routes.
It has been said that past cargo alliances failed because processes were not aligned, carrier’s own self-interests outweighed those of the partners and because there was no reward programme.
However, technology has allowed many of these issues to be overcome. Lufthansa has extoled the virtues of all partners using a shared revenue pot where money generated is collected centrally and then distributed accordingly.
In theory, this should help remove the barrier of carriers prioritising their own services over those of their partners.
Meanwhile, aligning booking systems means that when customers book they can instantly choose between all services offered within the partnership, without having to wait for one carrier to contact their partner to push the booking through.