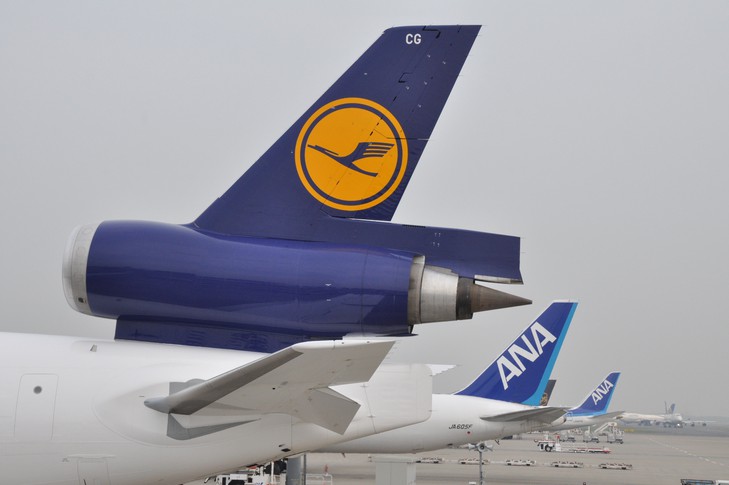 Lufthansa Cargo and All Nippon Airways (ANA) have moved to extend their cargo partnership, with the two carriers combining their European feeder networks.
The joint network includes more than 90 weekly direct connections between Frankfurt, Munich, Düsseldorf, London Heathrow, Paris Charles de Gaulle, Brussels and Vienna in Europe and Tokyo Narita, Tokyo Haneda, Nagoya and Osaka in Japan. The partnership expansion begins on July 12.
Lufthansa Cargo chief executive and chairman of the executive board Peter Gerber said: “We are now offering our customers throughout all of Europe even greater flexibility and speed.
“This is another important step with ANA. Our customers also gain time through joint handling at numerous stations.”
Lufthansa Cargo has been ramping up its partnerships of late as it looks to expand its global network in a market currently suffering with overcapacity.
The German carrier has insisted its metal neutral partnerships, where revenues are distributed from a central pot and capacity is sold on a neutral basis, is the answer to past partnership failings where the individual needs of each member carrier came above those of partners.
The carrier is also in the process of implementing a cost cutting exercise that could see as many as 800 jobs go from the carrier as it looks to improve profits.
In 2015, Lufthansa Logistics, which mainly made up of the cargo division, recorded an earnings before interest and tax (ebit) profit of €3m, while during the first quarter of this year there was an ebit loss of €19m.