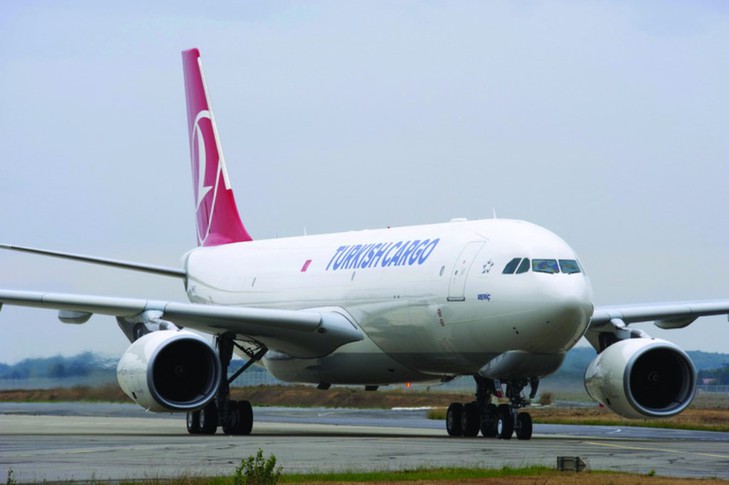 Turkish Airlines continued to report improved profits during the second quarter of the year, but revenues at its cargo division declined once again.
The Turkish flag carrier recorded an overall net profit of $253m during the second quarter of the year compared with $190m during the same period last year.
2015 half-year profits increased to $406m from $88m a year earlier.
“In the first six months of 2015, a period with severe fuel price and currency fluctuations, Turkish Airlines grew its net profit by six fold compared to the same period of 2014 with the help of its diversified debt structure and dynamic risk management strategies,” it said.
Meanwhile, second quarter sales revenues decreased by 11.5% year on year to $2.9bn, while for the half year they down to $4.8bn from $5.2bn last year.
The cargo division also had a tough time on the revenue side as it recorded a 3.2% second-quarter decline on a year earlier to $241m.
Second quarter cargo revenues from the passenger side of the business recorded a slight decrease to $142m, while freighter revenues, on its five Airbus 330-200Fs, were down 6.6% on a year earlier to $99m.
In March, the airline signed a firm order to buy four more A330-200 freighters
The mid-size A330-200F is capable of carrying a payload of 65 to 70 tonnes, with a range of up to 4,000 nautical miles.