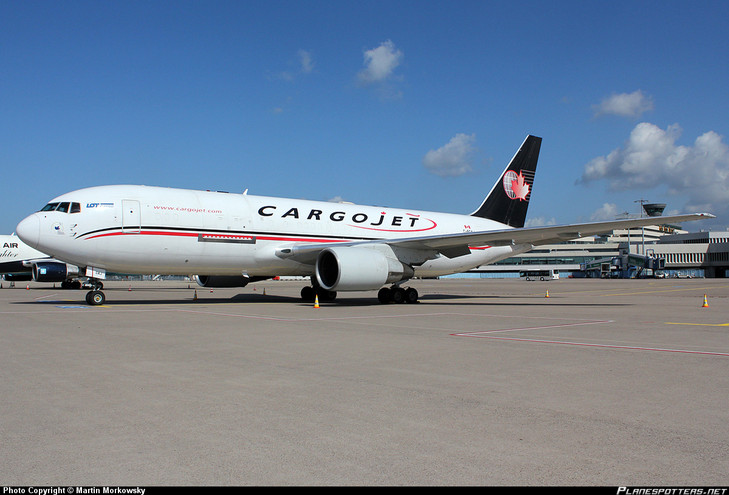 Cargojet has reported an upsurge in third-quarter revenues as a result of its new Canada Post contract, but the increased business failed to help the airline return to profit.
The Canada-based airline recorded a 59.5% year-on-year increase in third-quarter revenues to C$75.3m thanks to the Canada Post contract which started in April this year.
It also benefitted from an increase in its wetlease revenues and higher fuel surcharges.
Profits remained problematic for Cargojet as it recorded a third-quarter net loss of C$2.2m, compared with a C$2.3m loss during the same period last year. It has reported a loss in every quarter of the year so far.
However, earnings before interest, tax, depreciation and amortisation (ebitda) improved on last year, increasing to C$11.8m from C$0.5m last year.
Although it did not discuss its performance at a net profit level, it did provide some insight into the ebitda improvement.
It said the extra volumes from the Canada Post contract start-up and lower costs in preparation for the contract affected performance positively.
Meanwhile, higher operating costs due to an increase in block hours and an increase in fleet size in line with the Canada post contract and currency effects partially offset the gains.
Cargojet president and chief executive officer Ajay Virmani said: “We are very pleased with our financial and operating results during the quarter.
“As we continue to adjust capacity to meet actual demand we are seeing the expected improvements in overall margins.
“Customer volumes, particularly those related to e-commerce shipping, continued to grow in the quarter as we approach the traditional peak shipping season.”
Cargojet operates its network across North America each business night, utilising a fleet of all-cargo aircraft consisting of seven Boeing 767-300ER, three Boeing 767-200ER, five Boeing 757-200ER and eight Boeing 727-AF.
As part of the Canada Post commitment,  Cargojet took delivery in January this year of a leased 767-300 freighter and a second 767-300 freighter in March under an six year operating lease with a purchase option.