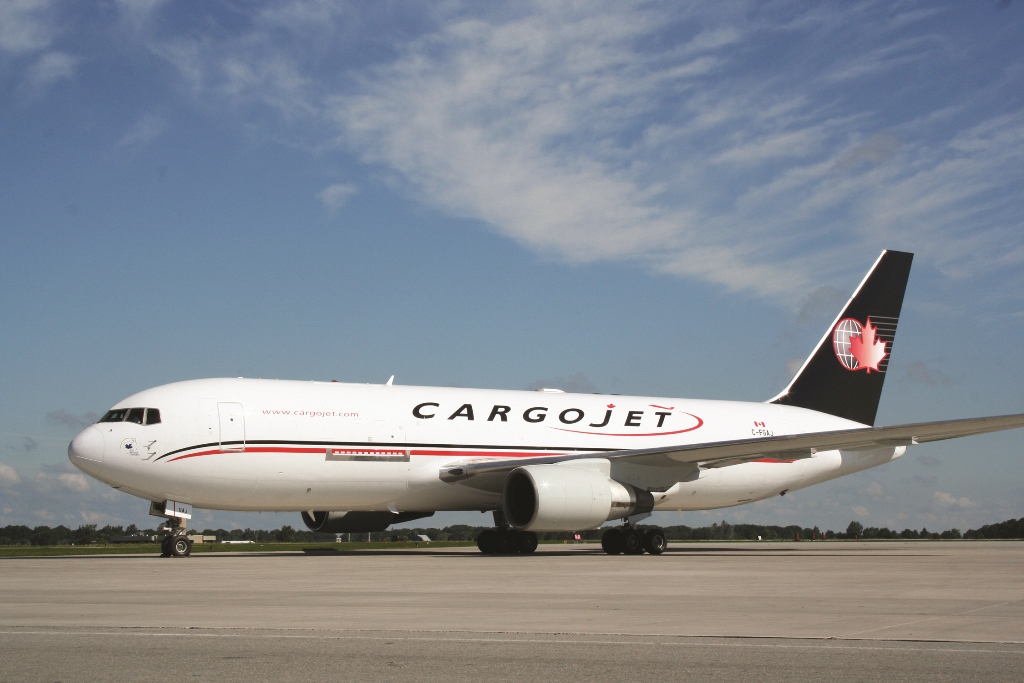 Overnight airfreight operator, Canada’s Cargojet, saw its losses deepen during the first quarter, despite revenues recording a double-digit increase over last year.
The Toronto Stock Exchange-listed company saw first-quarter revenues increase by 23.8% year on year to C$54.1m ($44.8m), but it recorded a net loss of C$8.3m compared with a C$1.6m loss for the same period last year.
Operating profits measures in earnings before interest, tax, depreciation and amortisation declined to a loss of C$1m compared with a profit of C$1.6m last year.
The company said the decline in operating profits was caused by one time start-up costs of C$8.1m related to its new seven-year contract for the Canada Post and Purolator brands across Canada, which came into full effect from April.
The Canada Post contract costs were comprised primarily of C$3.7m in the aircraft lease costs, C$1.6m in hiring and training, C$0.6m in the maintenance costs, $1.7m in commercial costs and $0.5m in administrative costs.
Operating profit was also affected by exchange rate fluctuations, higher lease and operating costs, due to the introduction of additional B757 aircraft and lower fuel costs due to a 31.9% decline in fuel prices in 2015.
Total direct expenses were $53.1m for the three month period compared to $39.9m last year.
The growth in revenues was down to general market growth and some of the Canada Post traffic beginning slightly ahead of the contract implementation.
Cargojet president and chief executive Ajay Virmani said: “Cargojet successfully began the integration of its new major customer in March 2015, which has contributed to revenue growth in the quarter.
“Strong overall customer demand for Cargojet’s primary overnight network services and its air cargo charter services continue.
“One-time costs related to the expansion of our core overnight network that started in March 2015, for a major customer were in line with our planned expenditures,” he added.
Last year, the company recorded a C$9.5m loss compared with a C$3.3m profit in 2013.