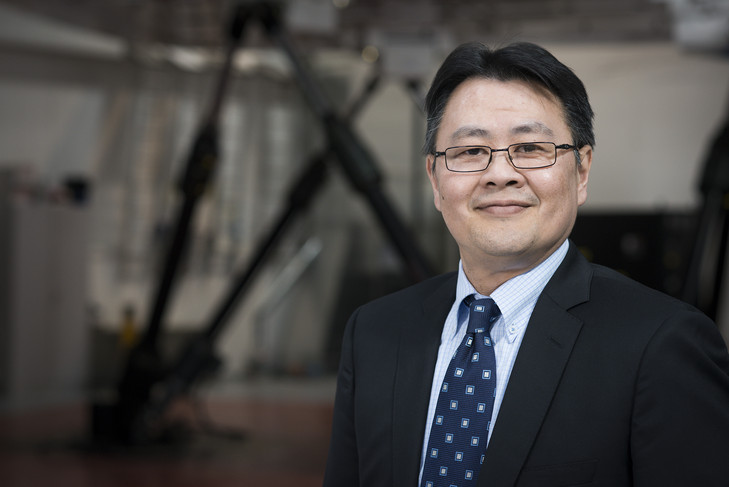 Cargolux’s new strategic plan will concentrate on building a more flexible fleet whilst the carrier will also embark on a wholesale digitisation project.
Speaking shortly after the Luxembourg-based carrier announced an “industry first” tie-up with Emirates SkyCargo, president and chief executive Richard Forson said the new strategic plan, named Cargolux 2025, had two objectives: making sure the airline remained sustainable and continuing to build up the team spirit within Cargolux.
“In order to [remain sustainable] I want to be as lean and agile as possible to take advantage of market conditions and that encompasses getting a fleet that is more flexible.
“This will allow us to better meet demand with supply without incurring the heavy burden of costs.”
The new partnership with Emirates, which will see the airlines share space on each other’s aircraft through block-space agreements, is part of the move to improve fleet flexibility, Forson said.
“It gives you flexibility,” he explained. “I don’t have to put a Boeing 747 onto a route if I don’t have the demand for it and likewise, on their side, they have complete access to my B747 capacity and I can be a lot more flexible in what I offer them than them entering into a long-term wet lease onto an aircraft.”
He does not rule out other carriers joining the partnership in the future, but added that competition rules could restrict which airlines it can team up with.
As well as the new partnership, Cargolux will also lease in aircraft when the demand is there.
On the future of its fleet, Forson said it would consider adding new aircraft to the Cargolux stable.
“We are definitely not adding any B747-8s, but I won’t rule out any other attractive offers we get on B747-400s, or extended range fleet.
“The B747-400s are still a pretty good aeroplane; we still have nine of them that we fly either on a by-the-hour basis, or what we originally owned.
“The B747-400s are still a good work horse and with the rates they are going at now, one has to compare it against what you would pay for a B747-8F.”
Forson said the main advantage of the B747-8 over the B747-400s was the extra capacity they offered, but if the market is not strong enough to fill that extra space their unit cost is affected and the B747-400s can be the more attractive option.
On the digital side of the Cargolux 2025 plan, Forson is looking for wholesale change.
“I think a lot of people talk about digitising the business but for me it’s a completely different operating model − a digital business compared with an operating model now.
“So when people think digital, it’s not ‘I will do a little bit here and a little bit there’, it’s really looking at it holistically and then deciding what are we going to digitise and where does it make sense.”
He said that before Cargolux commits “big money” to digital investment, it will carry out a review of all business processes.
“I want to know what the process is first and then I will go and get the IT solution that provides the best answer to that, so it’s not the tail wagging the dog but us saying what we want for our business processes.
“It all sounds very basic but over time, as a company develops, there is a lot of inefficiency that goes in, so sooner or later you clean house and hopefully you don’t allow it happen again.”
Forson would like to see improved data connection with customers in order to create supply chain efficiencies.
Forson added that Cargolux will also continue to closely monitor costs “making sure we don’t spend when we don’t have to through competitive tendering, for example”.
Cargolux has at times had a fractious relationship with its unions and talk last year of a business review initially had worker representatives concerned.
However, the airline’s end-of-year results statement emphasised that Cargolux had a good working relationship with its staff.
“For the unions it will always boil down to the guarantee of employment and the retention of benefits and salary − that is kept in mind.
“My number one goal is to be and remain a sustainable airline. It is not intended that we will be looking to reduce our workforce at this stage. We do have a collective working agreement, which we are committed to.
“The team really performed well at the end of the year, the level of activity beginning in October through to January was at an exceptional level.”
Like many others in the industry, 2016 was a mixed year for Cargolux, but it did manage to report a profit of $5.5m.
Forson said that the beginning of 2016 was “extremely bad for the industry” with “quite a gap between supply and demand”.
He said in the last three months of the year there was an “explosion” in demand, which he reckons was caused by several factors, including domestic US and international e-commerce growth and the bankruptcy of container shipping line Hanjin.
This year the airline has had a good first four months: “The beginning of May has been pretty good as well. Most people are expecting a good first six months and some of them are predicting that the rest of the year will be as robust as it is now and that will be great.
“From a Cargolux perspective, if it does happen I want to be in a position to take advantage of that.”