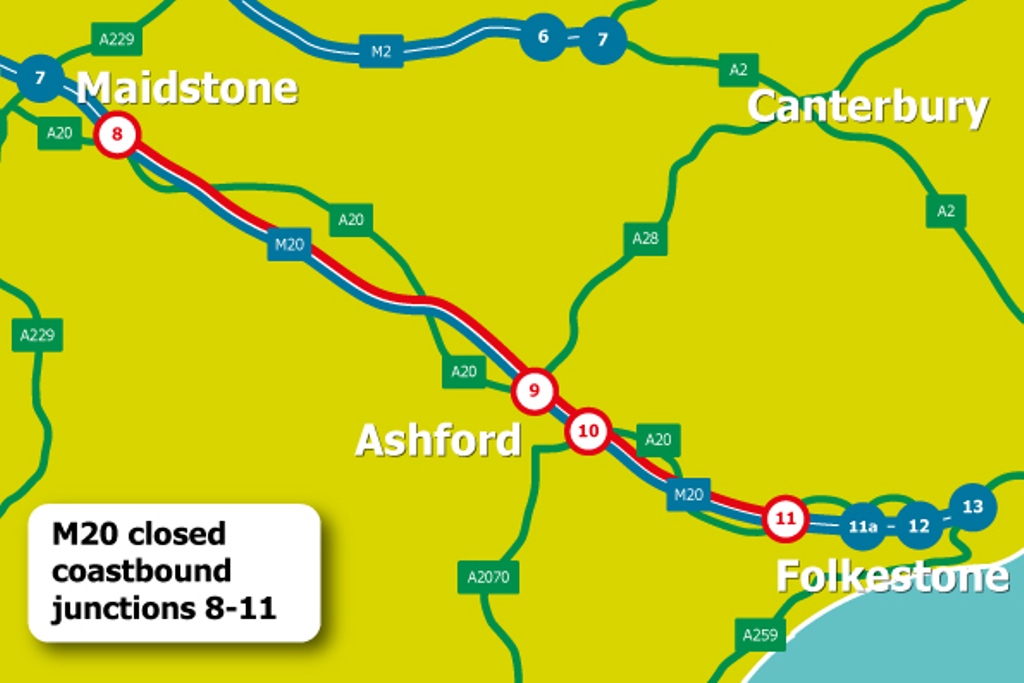 Cargolux has added an extra UK freighter flight in order to help ease the supply chain chaos created by French ferry worker strikes.
The all-cargo airline told Air Cargo News that the ad-hoc flight will leave the UK on Saturday, flying from Luxemburg Airport to Stansted Airport and then back to Luxembourg.
It will carry more than 100 tonnes from Luxembourg to the UK and the same amount back to the continent.
No further additional flights are planned at the moment, it said.
The additional flight comes as the UK’s supply chains have been put under immense strain as trucks are forced to form queues of miles long as a result of French ferry worker strikes.
Distribution companies say they have been left powerless to help improve the situation.
Migrants have been trying to enter the trucks queuing in France as they attempt to enter the UK and drivers have been complaining of harassment, said the UK’s Road Haulage Association.
Concern has also been expressed for driver welfare as it has been the hottest week of the year in the UK.
The chaos began on Monday when the staff of cross channel ferry firm MyFerryLink launched industrial action in anticipation of job cuts and began blocking the port of Calais and the entrance to the Channel Tunnel.
The blockade has now been lifted but ferry services remain limited.
Operation stack, where local police position queuing lorries on motorways approaching the port of Dover, is still in place and trucks are still having to join the back of the queue.
The local police force said this morning that the southbound M20 motorway, which leads to the UK port, remains closed between junction 8 and 11.
There are also closures in the northbound direction. In total, there are 3,500 lorries still in the queue.
“The Port of Calais remains affected by ongoing industrial action in France. Whilst ferry services to and from the Port of Dover continue to be affected, the Port of Calais has started to allow sailings to enter the port,” the UK Kent police said.
“Lorry drivers who use the diversions for non-freight traffic in an attempt to queue jump will be sent to the back of the operation stack queue.”
The UK and French home secretaries Theresa May and Bernard Cazeneuve have said they would push through increased security measures to improve security at Calais and the Channel Tunnel.