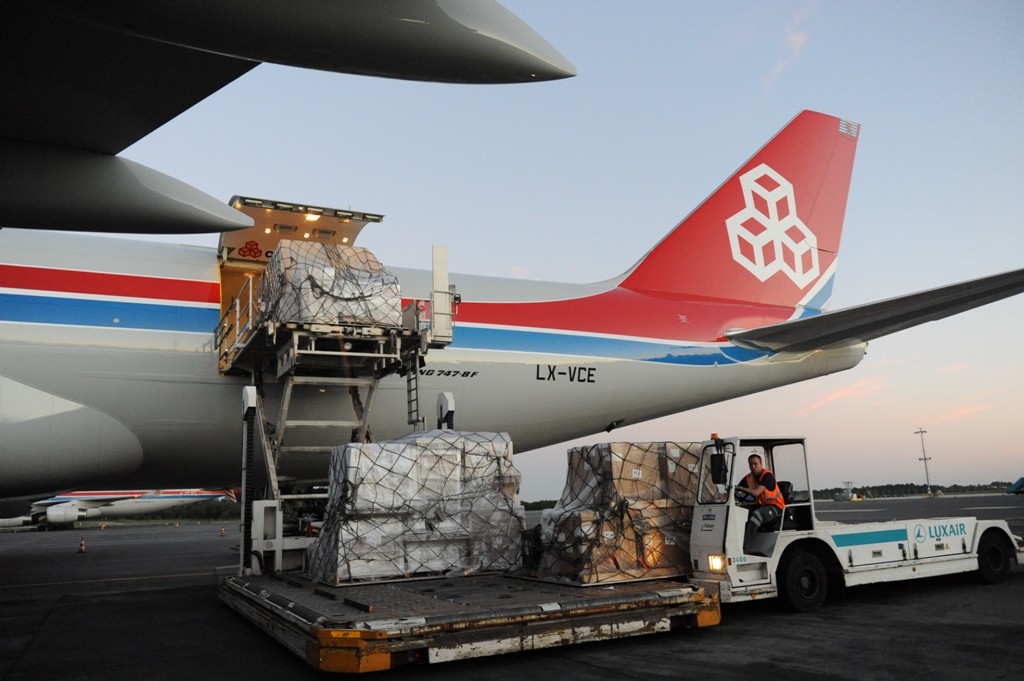 Cargolux, Lufthansa and DSV Panalpina will increase freighter capacity to China over the coming weeks as production lines resume operations.

The move comes as freighter operators brace for a spike in demand from China as a result of passenger airlines cutting services due to low demand and factories slowly starting to come back online following an extended Chinese New Year break due to the coronavirus outbreak.

DSV Panalpina said that there is an estimated 5,000 tons less capacity available each day on services to and from mainland China.

From February 25, DSV will operate a Boing 747-8 freighter airplane three times per week, east and westbound, between Huntsville, Alabama in the US (HSV) and Shanghai (PVG) in China.

“The solution ensures that DSV will be fully in control of the capacity available on this charter solution,” the forwarder said.

“Taking advantage of the Huntsville hub and spoke model, we can connect all continents via our DSV controlled charter network and ensure DSV ground handling at uncongested airports.

“In Huntsville, express connections are available to and from Latin-American countries and Canada.”

Meanwhile, Cargolux said that it had been continuously monitoring the situation in China and has adapted its flight schedule to adjust to the market situation.

“Service to China is expected to increase over the coming weeks to accommodate the resumption of factory production,” the carrier said.

“These flights will be operated in accordance with recommendations from the WHO and other regulatory bodies as well as Cargolux’s own restrictions including no crew layovers in China.”

Meanwhile, the airline has also donated medical supplies to Zhenghou.

Cargolux, in coordination with the Ministry of Mobility and Public Works, will dispatch a total of 75,000 face masks and 44,000 sanitary wipes on its flight to Zhengzhou (CGO), this Saturday. These products are intended for distribution amongst the airline’s business partners in CGO as a mark of support in these challenging times.

“This donation is a token of our appreciation for the long-lasting partnerships we have enjoyed over the years. Our business partners in Zhengzhou have shown unwavering dedication and support for our operations.”, says Richard Forson, president and chief executive of Cargolux.