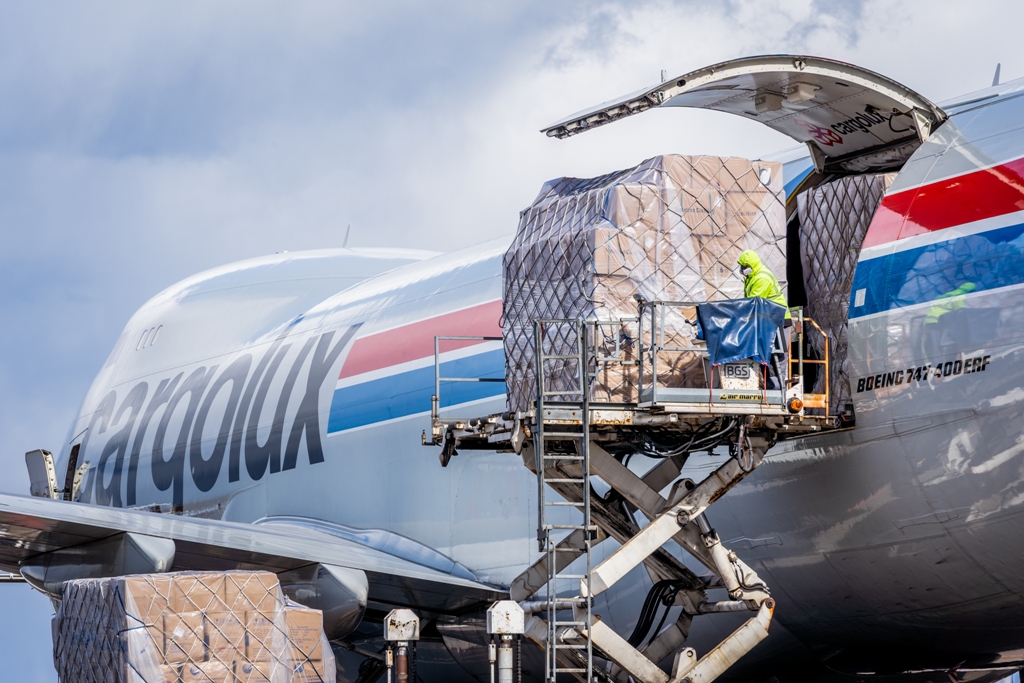 Cargolux is examining the Boeing 777-300ER freighter conversion programme as a candidate to meet its future fleet requirements, according to the airline’s chief executive Richard Forson.

The European cargo operator – whose fleet of 30 747s were all line-built freighters – is considering two scenarios for future aircraft orders, Forson explained during a UK Aviation Club event this week: look to the big manufactures for freighter versions of newer-generation widebodies, or seek the conversion of older-generation passenger aircraft.

“The specific one we are looking very closely at is the conversion of the 777-300ER into a freighter, in which Gecas, together with IAI, are doing a programme,” he said.

The IAI conversion programme was unveiled in October last year by leasing giant Gecas, which placed a launch order for 15 firm conversions with 15 options and is co-investor in the effort. The conversion is designated 777-300ER special freighter (SF) and is the first aftermarket cargo modification launched for the 777 family.

“I’m keeping an eye on that and wondering if the whole freighter concept is now going full circle, where initially it started off as conversion of passenger aircraft and then it went into production freighters, and maybe are we getting back to a situation now where manufacturers are going to say the risk is too high,” Forson explained.

Forson expresses some doubt that the current orderbook for passenger 777X aircraft will be enough to convince Boeing’s board to launch a freighter variant of the widebody – particularly in light of reduced near-term demand as a result of the pandemic.

The delivery of hundreds of A350s “could potentially justify the development of a freighter” by Airbus, but the airframer is yet to announce such a programme, and Forson sayed he would need to “look at whether those products meet my requirements”.

Therefore, while Cargolux maintains “continuous dialogue” with the big manufacturers, the eventual fleet investment might not necessarily involve new-build jets.

“There’s a huge feedstock of 777-300ERs in the market that will also be looking for a home one day,” Forson stated.

For now, “what we’ve done as an airline is taken the necessary steps to ensure the longevity of our 747 fleet as long as possible”, Forson said. “Besides the Antonov [An-124], which is a niche aircraft, there is not a comparable aircraft with the capabilities of the 747, especially in terms of the movement of outsize shipments.”

Eventually, he acknowledges, Cargolux “will have a mix in its fleet of the 747 and then a twin-engine freighter, which will bring complexity into our operations, which we do not have at this point in time”.

That is regrettable, Forson explained, because “having a single type in your fleet is of huge advantage”.

When production of the 747 ceases in 2022, “a significant capability will be lost to the logistics market”, Forson said. “I don’t ever see another four-engined freighter being developed by any manufacturer.”