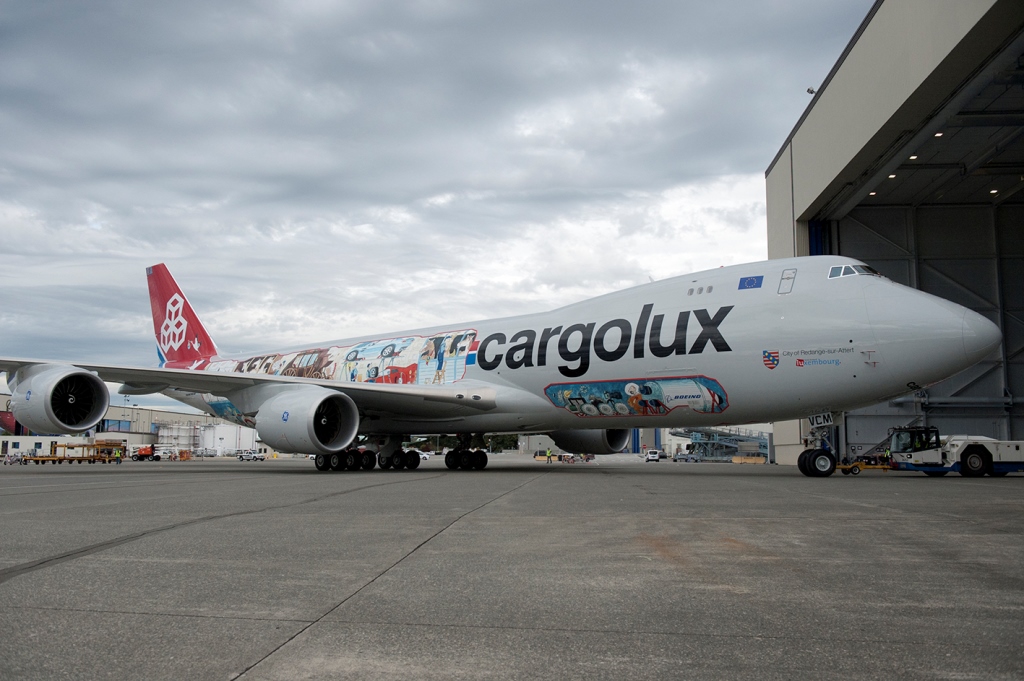 Cargolux has outlined the details of its new cargo airline based in China, which will launch with three Boeing 747 aircraft on transpacific and intra-Asia routes, but then expand to five freighters within three years.
Cargolux president and chief executive Dirk Reich, speaking in Luxembourg at the welcoming ceremony for the European cargo airline’s 13th B747-8F said that the trio of freighters for the joint venture (JV) with the Henan government in China, would be either new or second hand 747s
The aircraft for Cargolux China, the joint venture’s working title, would be in addition to the parent carrier’s 25 freight fleet, based in Europe.
A starting date for the JV is still awaited, but Reich said that the initial focus would be on transpacific routes between the US and China, accounting for up to 80% of the business, and the remainder being intra-Asia.
Cargolux is currently considering the availability of suitable aircraft in the second hand market, with aircraft that are no older than 10 or 12 years.
Bur Reich said that it was unlikely that Cargolux would look to purchase at auction any of the three B747-400s belonging to the failed China-based Jade cargo airline, a short lived joint venture between Lufthansa Cargo, Shenzhen Airlines and German investors DEG, which was liquidated in 2012.
The Cargolux boss said that his shareholders had learned from the example of Jade.
Reich said that it was "a big mistake" that Jade had tried to bring together two completing airlines.
The event was held to celebrate not only the arrival of its 13th 747-8F, but also to mark the airline’s 45th anniversary.
The new 747 features a livery created by Belgian artist Philippe Cruyt to mark the occasion.

“I’m proud to see this aircraft with a very special paint scheme join out fleet,” said Reich. “The 747-8 freighter perfectly suits our worldwide network and its nose-loading and cargo-carrying abilities help us to maintain our leading position in the airfreight industry."