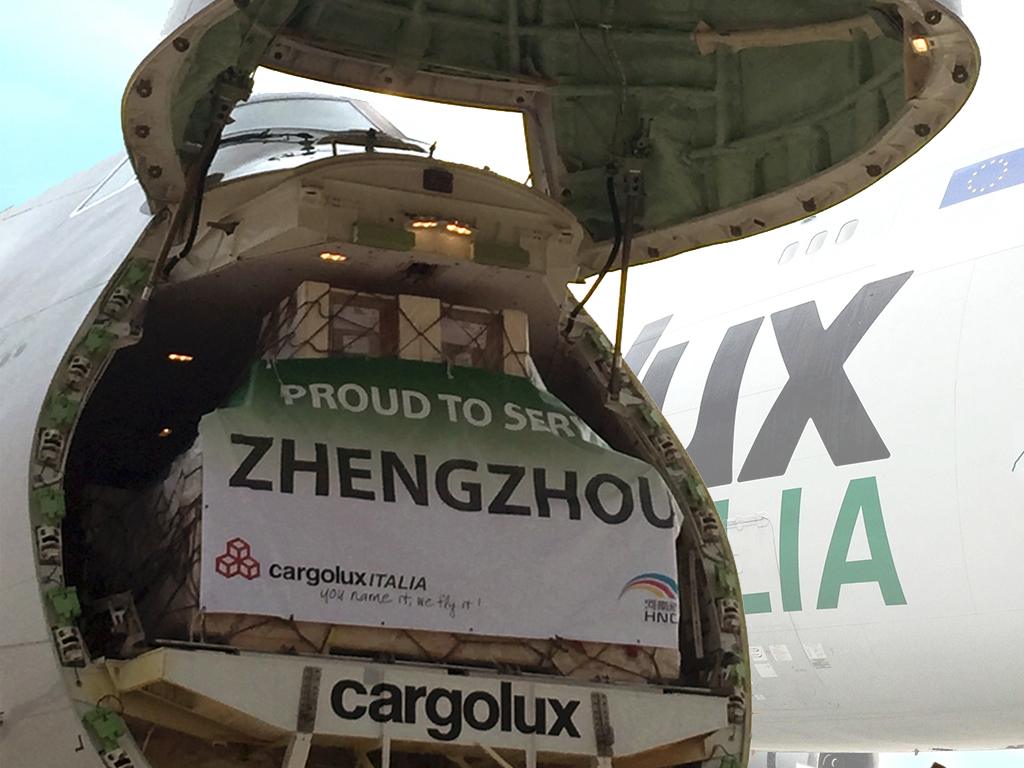 Traffic on Cargolux’s Luxembourg-Zhengzhou route has hit the 100,000-tonne mark two years after the service started, the all-cargo carrier told the Air Cargo China 2016 event in Shanghai on 15 June.
The new total came only eight months after the route passed the 50,000-tonne milestone last October, added Cargolux president and chief executive, Dirk Reich.
Cargolux now operates seven flights per week between Zhengzhou and Luxembourg’s Findel Airport in addition to several weekly flights to and from Milan, Kuala Lumpur, Singapore and Chicago.
Zhengzhou is emerging as a high growth region in central China and its Xinzheng International Airport now has 30 airlines connecting to 98 Chinese and international cities. Between 2010 and 2015, cargo volume from Xinzheng International increased from 85,800 to 403,000 tonnes, its 40% average annual growth pushing it to eighth in the China air cargo league. There are also scheduled road feeder services to 20 Chinese cities.
Reich also paid tribute to Cargolux’s Chinese partner, Henan Civil Aviation and Investment (HNCA) in helping the carrier to build a substantial presence in one of the world’s most important markets. “Linking Zhengzhou to Chicago and beyond offers unique opportunities for shippers and manufacturers on both sides of the Pacific and the Cargolux service has been warmly welcomed by our customers in China and the US,” said Reich.
He added that Cargolux and HNCA have worked closely to establish Zhengzhou as a key hub in line with the carrier’s dual hub development strategy which aims to give Cargolux a strong presence in Asia Pacific
In January, Cargolux Group finalized a shareholder agreement and approved a $77 million investment in a new cargo joint venture with HNCA. Zhengzhou-based Cargolux China is on track to be fully operational by late 2017, pending completion of formalities with China’s civil aviation authority. There will initially be three 747 aircraft, with plans to expand to five within the following three years, in addition to the parent carrier’s 24-strong freighter fleet based in Europe.
Cargolux China will initially concentrate the China/US trade lane, which will account for an estimated 80% of all business, along with intra-Asian routes. However, the new carrier aims to secure additional routes to Africa, Oceania and Latin America in the future and help increase the Cargolux Group’s global market share.
Reich also took advantage of Air Cargo China to launch CV select and CV select+, which can be used in combination with any of the carrier’s eight existing products to provide guaranteed access to preferential schedules.