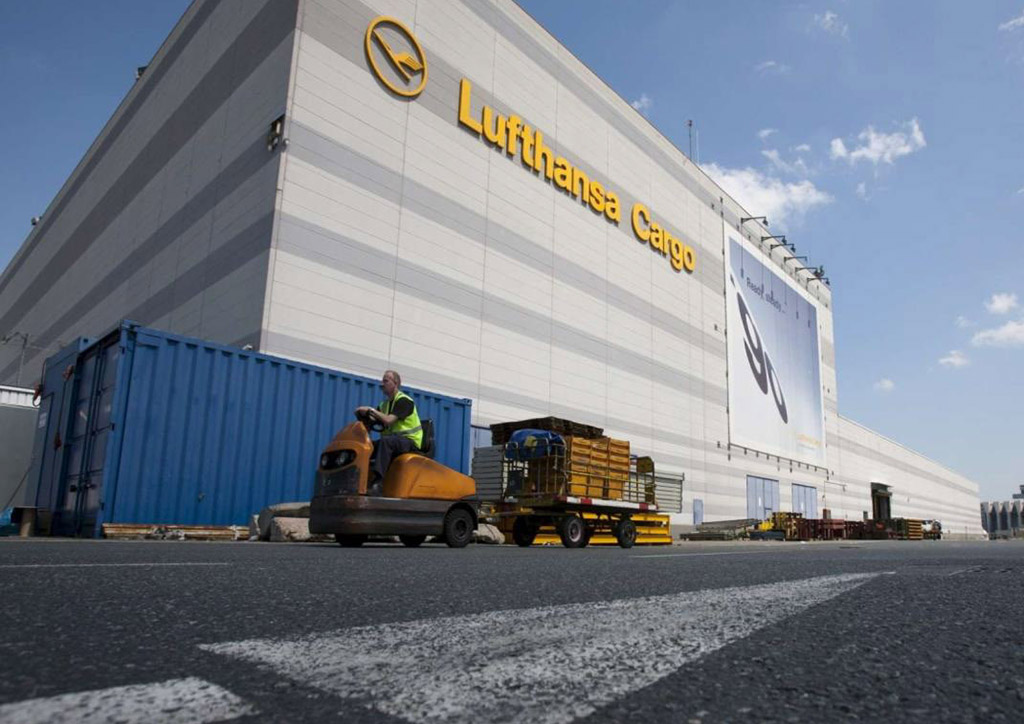 Cathay Pacific Cargo is relocating its local cargo handling activities in Frankfurt to the Lufthansa Cargo terminal as part of the co-operation agreement between two airlines that both have sizeable passenger and pure freighter fleets.
The Frankfurt move follows a reciprocal arrangement which saw Lufthansa Cargo move its Hong Kong freight handling operation to Cathay Pacific’s terminal as part of its Joint Business Agreement (JBA) with the Far Eastern carrier.
The relocation of Cathay Pacific Cargo’s freight handling into the Lufthansa Cargo Center (LCC) in Frankfurt is a core element of the JBA, announced in May 2016. The merging of freight handling for imports and exports at Frankfurt was concluded on January 17.
As part of the co-operation agreement, both airlines are closely working together on network planning and sales as well as IT and service expansion. Both partners plan to transport the first joint shipment on February 1, initially from Hong Kong to Europe. The ability to also book eastbound shipments from Europe to Hong Kong will then follow in 2018.
Simon Large, director cargo at Cathay Pacific, said: “Cathay Pacific Cargo’s move into the Lufthansa Cargo Center is another important step in furthering our collaboration. In addition to providing more direct connections and greater flexibility, we can now offer our customers in Frankfurt the same handling standards that will lead to more efficiency and time savings.”
Peter Gerber, chief executive of Lufthansa Cargo, said: “We are excited to have reached a further milestone within the partnership, sharing the freight handling station in Frankfurt.
“This means our customers at the Frankfurt site are now benefiting from the advantages of our cooperation.”
The carriers emphasised that their joint activities are carried out in “full compliance” with all applicable laws, including the competition rules of the European Union and Hong Kong.
Cathay Pacific Cargo has a dedicated fleet of 21 Boeing 747 freighters, including 14 747-8 freighters, to over 45 freighter destinations worldwide. Cathay Pacific Cargo also utilises cargo space on Cathay Pacific’s 124 passenger aircraft and Cathay Dragon’s 43 passenger aircraft, serving a growing global route network from its Hong Kong home.
Cathay Pacific’s cargo business currently accounts for around 24% of its annual revenues.
In the 2015 business year, Lufthansa Cargo transported around 1.6m tonnes of freight and mail and sold 8.4bn revenue tonne-kilometres.
Lufthansa Cargo focuses on the airport-to-airport business, with a freighter fleet of 11 MD-11Fs, five Boeing 777Fs and over 350 passenger aircraft.