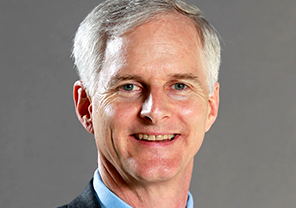 Cathay Pacific has announced that chairman John Slosar will retire at the conclusion of the next board meeting on November 6 after 39 years at Swire, the parent company of the airline group.

Slosar will be replaced by Patrick Healy who joined Cathay Pacific parent the Swire Group in 1988.

Merlin Swire, chairman of Swire Pacific, said, “I would like to thank John for his tremendous contributions to the company over the past 39 years.

“Under his leadership as the chief executive and then as chairman, Cathay has built on its already enviable reputation for quality service and the extensive global network which underpins the success of Hong Kong as Asia’s largest international passenger hub.

Slosar added: “Being the Chairman of Cathay Pacific has been the greatest of privileges for me.

“I would like to thank the entire Cathay team for their support, commitment and friendship during my years as part of that team.

“They are always at their best in challenging times, when their dedication really shines through.

“Pat is a strong and experienced executive, having successfully led a number of different Swire businesses.

“He is creative and customer-focused, and I am sure he will lead Cathay Pacific to new heights.”

Healy has worked at several companies in the Swire Group: He spent 14 years with the group’s beverages division in mainland China, followed by four years as chief executive, HAECO Xiamen.

Healy said: “I look forward to working closely with chief executive Augustus Tang, my long-term Swire colleague, his talented team and the entire Board of Directors.

“Together, and with the support of the Cathay team, we will ensure that our airlines focus relentlessly on safety, on enhancing the travel experiences of our customers, on being efficient in everything that we do, and on competing effectively to create positive business performance.

“Cathay Pacific has been Hong Kong’s home carrier for over seven decades. Despite current challenges, I am confident in the future of Hong Kong and Cathay Pacific will remain fully committed to this great city as Asia’s key aviation hub.”

Over recent months the airline has found itself involved in the protests sweeping Hong Kong.

Cathay Pacific had previously said that would not stop its staff participating in demonstrations in Hong Kong. However, following increasing pressure from the Chinese government, a #BoycottCathayPacific hashtag trending on Chinese social media, and a decline in bookings, it changed its stance.

The Civil Aviation Administration of China (CAAC) placed a series of conditions on Cathay Pacific on safety grounds after members of its staff were found to be taking part in the protests.

Days after Hogg’s warning, Cathay Pacific suspended a pilot who was arrested amid ongoing protests in Hong Kong. It also fired two members of ground staff for “misconduct”.

Meanwhile, in mid-August, then chief executive Rupert Hogg also announced he would be leaving the airline group. 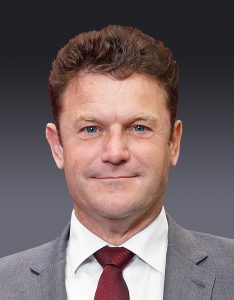