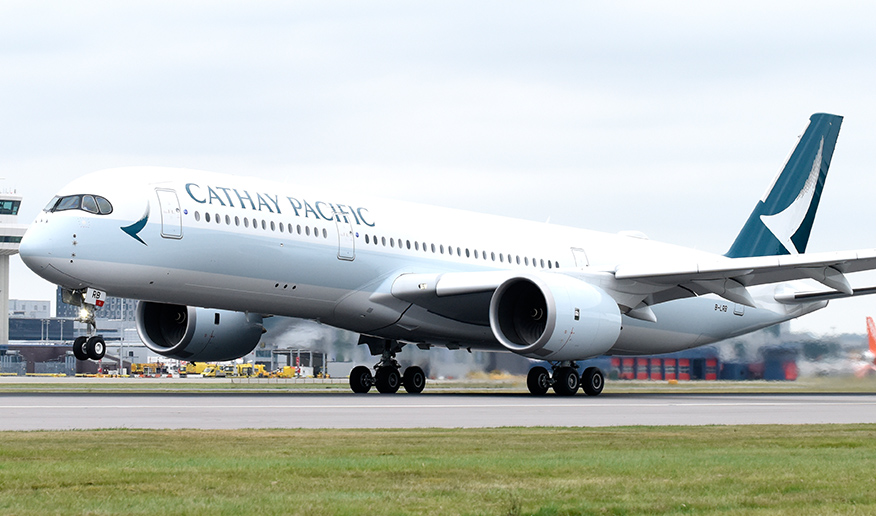 Cathay Pacific has launched a “critical review” of its business, blaming “overcapacity and strong competition” in the passenger sector for a “deteriorated” outlook.
In a trading statement, which did not mention cargo, the Hong Kong-based carrier said that its earlier 2016 interim report had indicated that "the operating environment in the second half of the year was expected to continue to be affected by the same adverse factors as in the first half and that the overall business outlook remained challenging.”
Cathay had expected that, as is normal for seasonal reasons, the group’s results for the second half of 2016 would be better than those of the first half, when the consolidated profit attributable to shareholders was HK$353m.
Since the interim report was issued, Cathay said that the outlook for its airlines’ business had deteriorated.
Against this background, Cathay no longer expects the group’s results for the second half of 2016 will be better than those of the first half.
“Overcapacity and strong competition is putting particular pressure on our passenger business, with continued shortfalls in revenue compared with forecasts and heavy pressure on yield.”
The trading statement continued: “Against this difficult revenue picture, we are engaged in a critical review of our business, the goal of which is to improve revenues and to reduce costs so as to maintain a strong financial position and to deliver acceptable financial returns.
“The review will consider all options for improving efficiency and productivity. At the same time, we understand the need to continue to invest in our businesses and to improve continuously the products and services which we provide to our customers.”
On its website, Cathay Pacific lists 23 Boeing 747 freighters within its fleet. Cathay Pacific Group’s cargo revenue fell away by 17.2% in the first six months of 2016, to HK$9.4bn.
Cargo capacity on Cathay Pacific and Dragonair increased by 0.6% in the half year while load factor decreased by 1.9 percentage points, to 62.2% and tonnage carried decreased by 0.2%.
Cathay attributed the fall to a weak overall market, although it noted that its tonnage stabilised in the second quarter of the year.