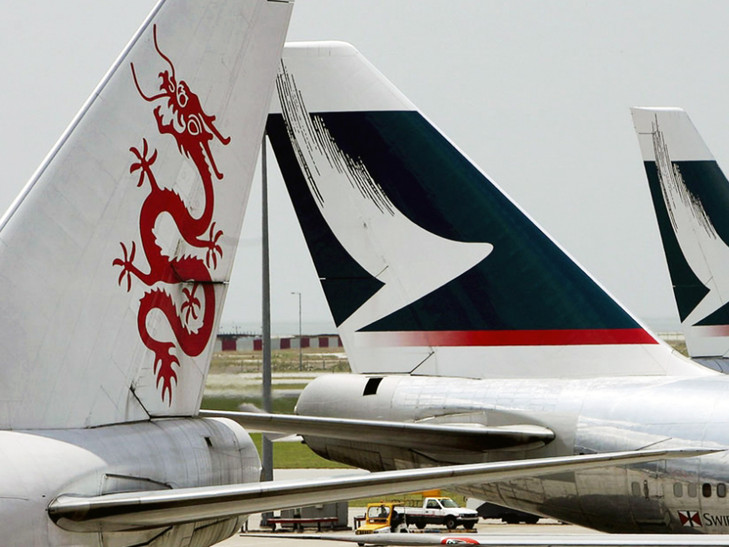 Cathay Pacific once again led the way as the largest air cargo carrier in Asia in 2015, while Air China finished the year as the fastest growing.
The latest monthly cargo traffic figures from Asia airlines revealed that the Cathay Pacific Group, including Dragon Air, finished the year as the busiest airline in the region as demand exceeded the 10bn cargo and mail revenue tonne km mark (CMTK).
Overall the airline handled 10.6bn CMTK in 2015, an increase of 5.4% compared with its performance during the previous year.
Since Air Cargo News began monitoring monthly traffic performance in 2012, it is the fourth year in a row Cathay Pacific has led the Asia region, the second year in a row it has exceeded the 10bn CMTK mark and the second year in a row it has recorded demand growth.

Source: companies
However, the year has not been without its challenges with a cooling of Chinese growth towards the end of the year and a weaker than expected peak season.
The year ended on a slightly brighter note though: “The seasonal peak for airfreight lasted until the week before Christmas and our performance in December, at least in terms of tonnage lifted, was marginally ahead of expectations,” said Cathay Pacific general manager cargo sales & marketing Mark Sutch.
“Demand on the transpacific and Indian routes remained robust. Unfortunately, the excess of capacity in the world’s air cargo markets made it difficult for carriers to get rates up to the kind of levels expected during the year-end peak.
“Overcapacity and pressure on yield will remain concerns for the industry moving into the New Year.”
While Cathay Pacific was the busiest Asia cargo airline in 2015, the fastest growing was Air China, although it was a close run battle with China Southern.
Air China, in which Cathay is a shareholder, ended the year with volumes up by 15.2% compared with 2014 levels to 6.5bn revenue freight tonne km (RFTK). At the start of the year monthly demand growth had regularly been exceeding the 20% mark, but slowed to single-digit increases towards the end of the year.
Its rapid demand growth saw it overtake SIA Cargo, which grew by just 1.5% to 6.5bn freight tonne km (FTK), to become the second busiest Asian cargo carrier in the list. In 2012 it was only ranked the fifth busiest of the carriers.
When recently asked how it has managed to grow volumes so rapidly, the airline told Air Cargo News: “Air China Cargo was able to continue to optimise its route structure after completing the replacement of its fleet for US and European routes.
“The round-the-world route operated smoothly with a steady increase in cargo volume for the US to Europe sector.
“We have continued to upgrade our product range by adding very competitive high value-added and transit products. By enhancing our sales management, we have made use of passenger-cargo combination operation to achieve complementary advantages.”
The airline has needed to increase volumes this year as it has seen a rapid expansion in available cargo capacity, which ended the year up by 18.1% compared with 2014 levels.
There was also strong growth at China Southern, which was the fastest grower in 2012 and 2014.
The airline ended the year with cargo volumes increasing by 11.9% on 2014 levels to 5.6 revenue freight tonne km.
China Southern said it achieved the growth by utilising its growing bellyhold capacity to target international mail and fresh goods, which benefitted from the growth of cross-border e-commerce, and through the addition of four Boeing 777 freighters.
This allowed the airline to launch new maindeck routes from its Guangzhou hub to London, Frankfurt, Paris, Vienna, Chicago, Tianjin, Ho Chi Minh and Hanoi.
It also stepped up co-operation with domestic express companies to boost domestic cargo volume and promoted high-yield products such as temperature controlled and time definite offerings.
Its growth saw it edge into fourth place on the list, overtaking Taiwan’s China Airlines, which recorded a 1.3% increase in demand to 5.4bn freight revenue tonne km.
The only airline to record a decline in cargo demand was Eva Air, which saw demand decrease by 10.4% year on year in 2015 to 3.6bn FTK.
It is the fourth year in a row the airline has recorded a demand decline as it has been drawing down capacity.
In 2015, however, it was the only airline to record a demand decline. In 2014 and 2013 two other airlines saw demand slide, while in 2012 a total of four carriers recorded a slide in traffic.
Rounding out the list was China Eastern. It saw demand increase by 1.4% year on year to 4.9bn RFTK. Cargo capacity, meanwhile, increased by 8.9%.
It again ended the year as the sixth busiest airline on the list.

In its latest air cargo analysis, IATA has revealed that the airfreight market improved in May, but “a full recovery…