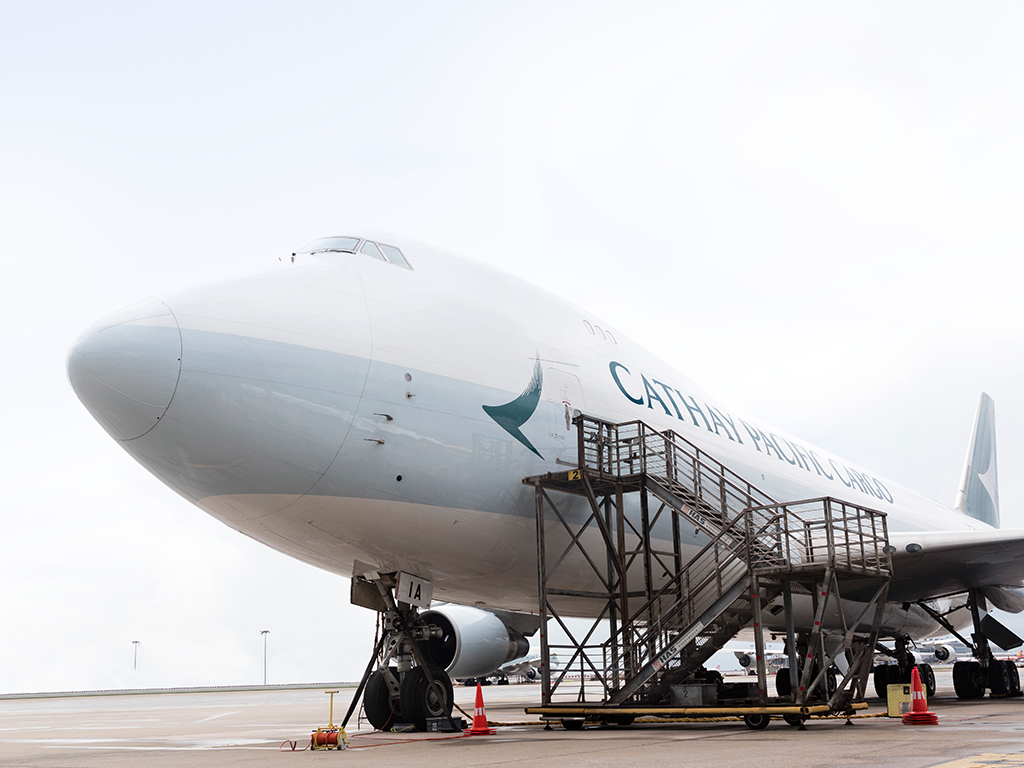 Hong Kong-based Cathay Pacific Airways saw “robust” cargo demand throughout 2017, with tonnage growth outpacing increases in capacity.
The cargo capacity of Cathay Pacific and Cathay Dragon increased by 3.6% year on year and tonnage rose by 10.9%. The load factor stood at 67.8%, up by 3.4 percentage points on the previous 12-month period.
The carrier said that the cargo yield rose by 11.3% to HK$1.77, benefiting from the resumption of fuel surcharges in Hong Kong (from April onwards) and from strong demand in exports from Mainland China – particularly on transpacific routes.
Other positive areas during 2017 included perishables imports into Mainland China; traffic to and from the Indian subcontinent; and intra-Asia demand, especially for fresh produce, mail and e-commerce shipments.
South American volumes grew strongly on the back of interline agreements, Cathay said, noting also improved performance on its European routes (with pharma shipments helping yield on that sector).
The carrier highlighted several cargo-related developments that took place last year. For example, it wet-leased two Atlas Air Worldwide Boeing 747-8F freighters in June and deployed them on routes to India and the Americas. It also retired two B747-400 converted freighters.
Cathay Pacific Service Ltd (CPSL) processed 2.1m tonnes of cargo at its Hong Kong terminal during 2017, up 16.7% on the previous year.
October saw CPSL and sister company Hong Kong Airport Services receive IATA CEIV Pharma certification.
In November, meanwhile, Air Hong Kong agreed to enter into sale and leaseback transactions with DHL International in respect of eight Airbus A300-600F freighters and associated equipment. Five of these transactions were completed in 2017 and the remaining three will take place this year.
At the end of 2018, Cathay Pacific will acquire DHL Internationals 40% stake in Air Hong Kong, making the latter a wholly-owned subsidiary of Cathay. At the same time, a new 15-year block space agreement with DHL International will commence.
Cathay Pacific Group chairman John Slosar said: “The outlook for our cargo business is positive and we will take best advantage of opportunities in the growing global cargo market.”
While its cargo business is doing well, Cathay Pacific’s overall financial performance in 2017 suffered. The group reported an attributable loss of HK$1,259m for the year (it lost HK$575m in 2016).
One factor in that result was the European Commission’s €57.12m fine for anticompetitive behaviour (specifically, fixing cargo surcharge levels in agreement with a number of other carriers prior to 2007). An application has been made to annul that decision.
Fuel remains the group’s biggest cost, although fuel hedging losses are in decline, it said.