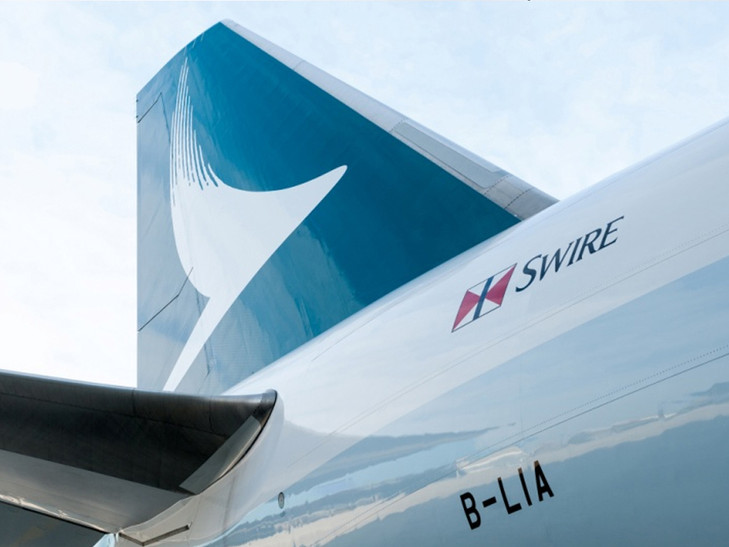 Cathay Pacific recorded a loss in the first half of the year, despite the positive performance of its cargo business (see tables at end of article).
The Hong Kong-headquartered airline recorded a loss attributable to shareholders of HK$2bn during the first half, compared with a profit of HK$353m last year. Revenues were largely flat at HK$45.9bn.
The airline blamed intense competition, higher fuel prices, the cost of fuel hedging, the strength of the Hong Kong dollar and higher aircraft maintenance costs.
The loss came despite the improving performance of its airfreight division, which saw first-half revenues increase 11.7% year on year to HK$10.5bn, although this still lags behind 2015 performance.
Tons carried for the period increased in line with revenues at 11.5% on last year to 966,000 tons, load factors improved to 66.2% compared with 62.2% last year and cargo yields reached HK$1.66 against HK$1.59 in 2016.
The carrier said that yields benefitted from the resumption of fuel surcharges, which had been previously scrapped, and improving demand for mainland China exports, particularly on the transpacific.
Demand for shipments within Asia was also stronger and shipments on European routes grew. Perishable imports into China also improved, as did shipments to and from the Indian subcontinent and shipments to South America on the back of interline agreements with LATAM, Amerijet and Atlas.
During the period, the carrier also recognised its fine related to the European fuel surcharge cartel, which amounted to HK$498m, despite an application to annul the fine.
During the period, the airline retired one Boeing B747-400 converted freighter and wet-leased two B747-8Fs from Atlas Air Worldwide.
The wet-leased freighters enabled Cathay to increase the frequencies on Atlanta, Chicago, Miami and Amsterdam cargo services and to increase capacity on its Mexico cargo service.
In February, the airline’s joint business agreement with Lufthansa Cargo on routes from Hong Kong to Europe came into effect. The partnership in the opposite direction will get underway in the third quarter of 2018.
Other highlights during the first half include, increased frequency to Delhi from four to five nights per week, increased Chennai from four to six times per week.
Cathay Pacific chairman John Slosar said: “The outlook for the cargo business is good and we expect robust demand and growth in cargo capacity, yield and load factor in the second half of this year.”
Meanwhile, the CPSL air cargo terminal handled 978,000 tonnes of cargo in the first half.
At the overall airline, a transformation project has been launched that aims to return the carrier to profitability.
Said Slosar: “We are addressing the industry challenges through our corporate transformation and by expanding our route network, increasing frequencies on our most popular routes and buying more fuel-efficient aircraft.
“This will help us to increase productivity and to reduce costs while improving the quality of our services to customers. We continue to enhance our high standards of customer service and are proud of the quality, dedication and professionalism of our staff.
“The new management team is acting decisively to make Cathay Pacific and Cathay Dragon better airlines and stronger businesses, delivering more to customers with improved productivity. We are confident that we are on the right track to achieve strong and sustainable long-term performance, with a leaner, more competitive business, while enhancing the brand and the quality of services that our customers deserve and expect.”