Cathay to park 40% of fleet in long-term storage overseas 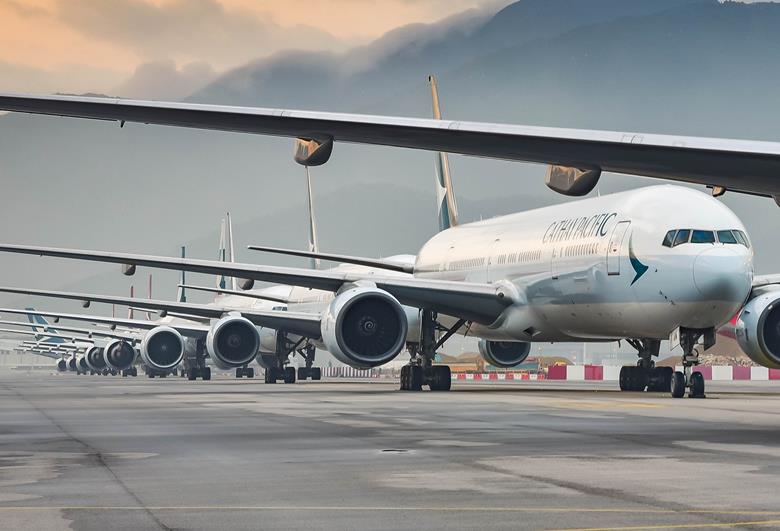 Beleaguered Cathay Pacific will move about 40% of its fleet to long-term storage locations overseas, as it adjusts downwards its forecasted capacity for the coming months.

In its monthly traffic results for August, Cathay confirmed that it is parking a significant number of aircraft overseas, given that it “will be operating just a fraction of our services in the foreseeable future”.

This is an upward adjustment of earlier figures of about a third of the Cathay fleet, which was disclosed during its earnings briefing in August.

The carrier said then that a first batch of aircraft was being moved to Alice Springs, and that it was in discussions with other locations at the same time.

Cathay group chairman Patrick Healy added that the move was a “prudent asset-management decision that is necessary to ensure that the condition and value of our aircraft are maintained while they are not flying”.

Cathay, which reported record losses for the six months ended June 30, was also in talks with Airbus and Boeing about deferring its orders. The carrier in July reached an agreement with Airbus to delay taking A350s and A321neos by up to two years. It added that it was in “advanced negotiations” with Boeing about delaying the 777-9s, which it has 21 on order.

Cathay blamed the continued weak travel sentiment amid new waves of outbreak in its key markets as a reason why passenger traffic results fared worse in August.

Ronald Lam, Cathay’s group chief commercial and customer officer, said “With no new destinations being resumed in August, we saw only minimal increase in passenger flight capacity compared to the previous month. We operated just 7.8% of our normal capacity – a marginal increase from 7.1% in July – however, our overall passenger volume was down month on month and our load factor dipped below 20%.”

Lam added that the carrier has revised downwards its projected capacity for this month and October to about 10%, given that it has not seen “solid signs of immediate improvement”.

The carrier’s freight business, meanwhile, notched a stronger performance for the month, with its cargo tonnage and load factors about the same as July’s.

The Cathay group reported a record HK$8.7bn ($1.12bn) operating loss for the six months ended June 30, as it was hit severely by the impact of the pandemic.

Over the first eight months of the year, RFTKs are down by 26.5% year on year.

Cathay Pacific group chief customer and commercial officer Ronald Lam said: “Cargo remains the stronger performer in our business and we saw similar overall cargo tonnage and load factors in August as we did in July. There were greater movements of pharmaceutical products and live animal shipments across the network, while our time-sensitive product – Priority LIFT – was also in good demand.

“We continued to introduce additional cargo capacity where possible. Our two Boeing 777-300ER aircraft introduced in July with some of their passenger seats removed continue to be well received and have been predominantly used for long-haul shipments. Overall in August we operated 436 pairs of cargo-only passenger flights – a similar number to July – of which 23 had cargo loaded into the cabins.

“Looking ahead, we are cautiously optimistic of a reasonably promising cargo peak season, having received strong pre-orders that will serve the capacity needs of our customers. Beyond the traditional peak season, however, prospects are very unclear. Regional geopolitical tensions and the ongoing China-US trade dispute could have a significant adverse effect on airfreight demand, and the situation has the potential to deteriorate rapidly.”