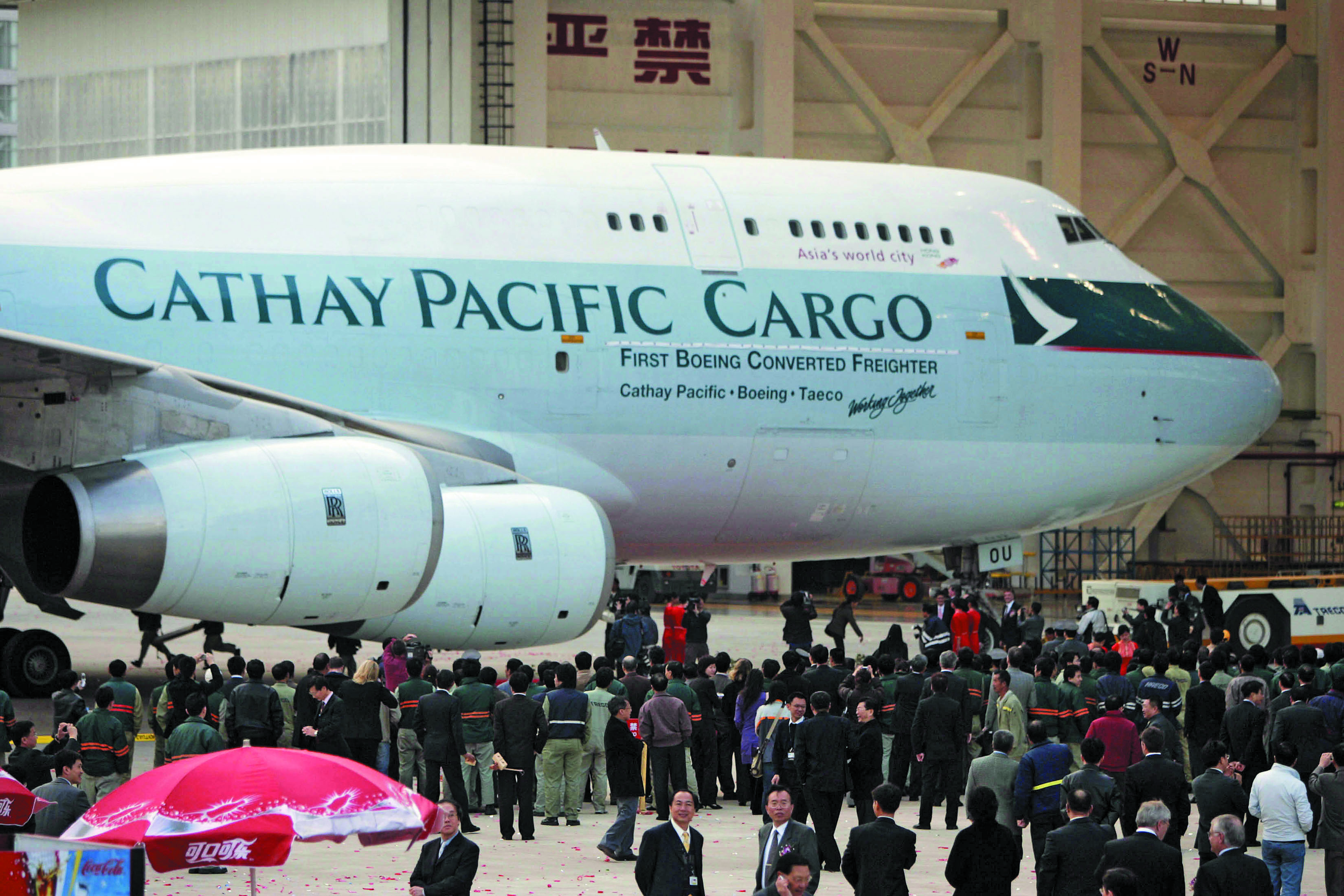 Cathay Pacific has warned about continued overcapacity in the cargo market despite the Hong Kong-based group notching a 3.4 per cent rise in freight revenue to HK$11.6 billion in the first half 2014.
In a results statement Cathay said of its cargo business: “Overcapacity in the industry remains a major concern and has made it difficult to increase rates. The airlines continued to manage capacity in line with demand in the first half of 2014.
“More cargo was carried in the bellies of passenger aircraft, reflecting increased use of Boeing 777-300ER aircraft. The new cargo terminal in Hong Kong is operating smoothly and now provides services for airlines outside the Cathay Pacific Group.”
Cargo yield for Cathay Pacific and Dragonair in the six months to June decreased by 6.9 per cent to HK$2.17. Capacity increased by 10.8 per cent, while the load factor rose by 0.8 percentage points to 63.2 per cent.
As part of the 2013 agreement with Boeing, Cathay is selling its six B747- 400Fs back to the US plane maker: “Four of these freighters are now parked and all six will have left the fleet by 2016,” said Cathay.
Did you find this article of interest, if so why not register for a FREE digital subscription to Air Cargo News? – Find out more
Interested in Freighters, if so why not register to attend the Freighter & Belly Cargo World Conference ? – Find out more