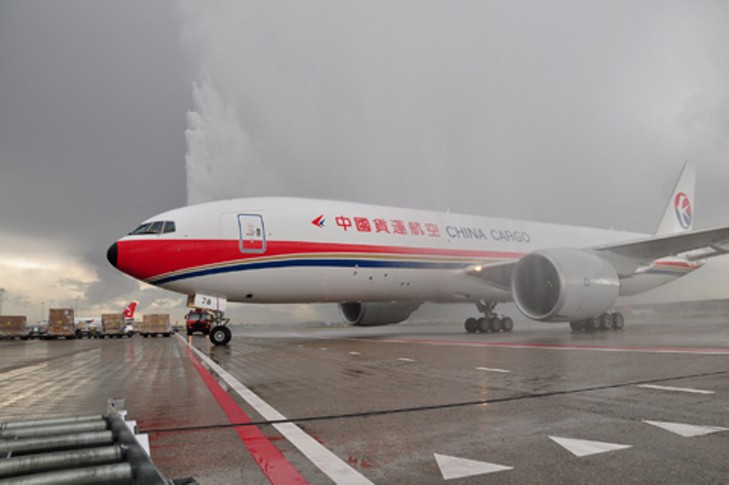 China Eastern Air Holding (CEA Holding) has pushed forward with mixed-ownership reforms to its airfreight business by selling a part stake in Eastern Air Logistics.
CEA Holding said today that it had sold a 50% majority shareholding in its Eastern Air Logistics arm, which in turn owns 83% of freighter operator China Eastern, to four companies.
The move aims to develop the company into a competitor for the likes of FedEx and UPS.
Legend Holdings will take a 25% stake, Greenland Financial 10%, Global Logistic Properties’ China branch 5% and Deppon Logistics 5%.
CEA Holding will maintain a 45% stake, while Eastern Air Logistics’ management will own the remaining 5%.
Financial terms were not disclosed, but Reuters reports that Yuan4.1bn has been invested in the freight unit to bring its debt ratio down to 75% from just over 87% at the end of last year.
Eastern Air Logistics was owned by China Eastern Airlines until February when it was bought out by parent company CEA Holding.
At the time the company reasoned that its airfreight and logistics business was pulling down the overall airline’s performance because of its debt levels and weak market conditions.
The Chinese government is currently embarking on a project to open up state-run companies to private capital under mixed-ownership reforms. The initiative aims to make the state a stakeholder in companies rather than running the companies itself.
Air China has also signalled its intent to push forward with mixed-ownership reforms to its airfreight business.