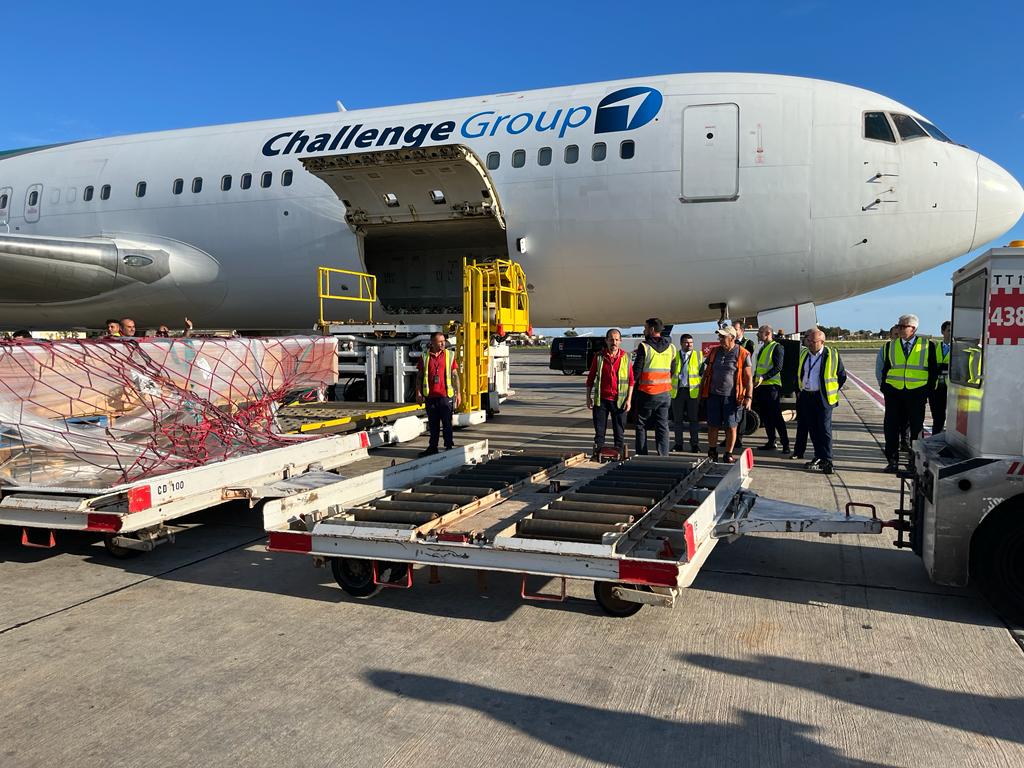 Challenge Airlines MT has completed its first flight with some special historic cargo onboard.

The Malta-registered cargo carrier, which received its air operator’s certificate (AOC) on November 1, brought the Flemish Tapestries from Liège, Belgium to Malta.

“320 years ago, these valuable Flemish Tapestries made their way by ship from Belgium to Malta. Today, we are honoured and delighted to have been chosen to return them again to their home in St John’s Co-Cathedral, Valletta,” said Yossi Shoukroun, chief executive of Challenge Group.

The tapestries have belonged to the Co-Cathedral for 350 years and underwent restoration work before their departure from Liège.