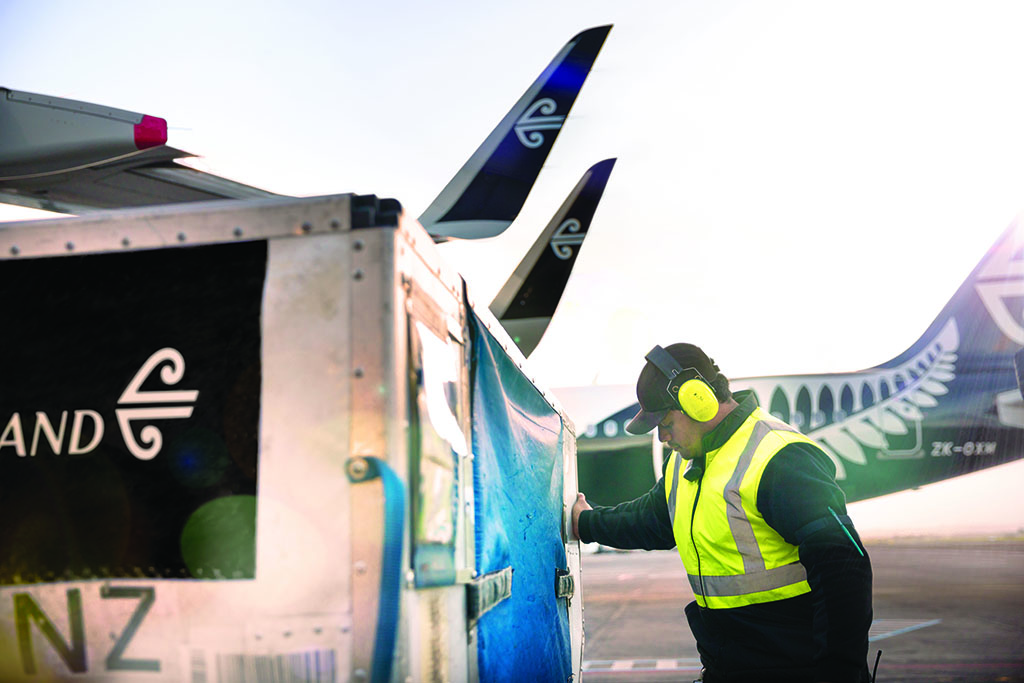 Millions of domestic and international travellers from all corners of the globe count on Air New Zealand (ANZ) to unite them with family and friends over the festive season.
Many more rely on the national carrier for another important holiday occasion – their Christmas lunch.
ANZ helps the nation’s farmers send nearly 3,000 tonnes of meat to international markets – primarily Europe and the US – each year. Approximately 30% of that annual total is sent in the months of November and December alone.
In terms of fruit and vegetables, it is Central Otago cherries on top of the international Christmas wish list. ANZ expects to carry more than 700 tonnes of local cherries over the summer season. That’s approximately 43m individual cherries.
Export channel manager for ANZ Cargo, Greg Edmonds, said: “We carry around 900 tonnes of lamb in chilled compartments in the bellies of our aircraft over the eight weeks leading up to Christmas. Most of it goes to the United Kingdom, which simply can’t get enough of the world-class lamb our farmers produce.”
Germany and Holland make up the big three European countries importing New Zealand lamb for Christmas, and ANZ has grown its meat programme to meet the needs of these two emerging markets.
“Rather than finish our responsibility at Cologne and Amsterdam airport, we have developed a unique solution that takes care of the journey from New Zealand all the way to the buyer’s door. It’s a service our customers love and it helps maximise sales for New Zealand producers,” said Edmonds.
Central Otago Apricots, North Island blueberries, strawberries and capsicums from greater Auckland and crayfish are other in-demand export items Air New Zealand transports around the world this time of year.
Read more cargo Airline news