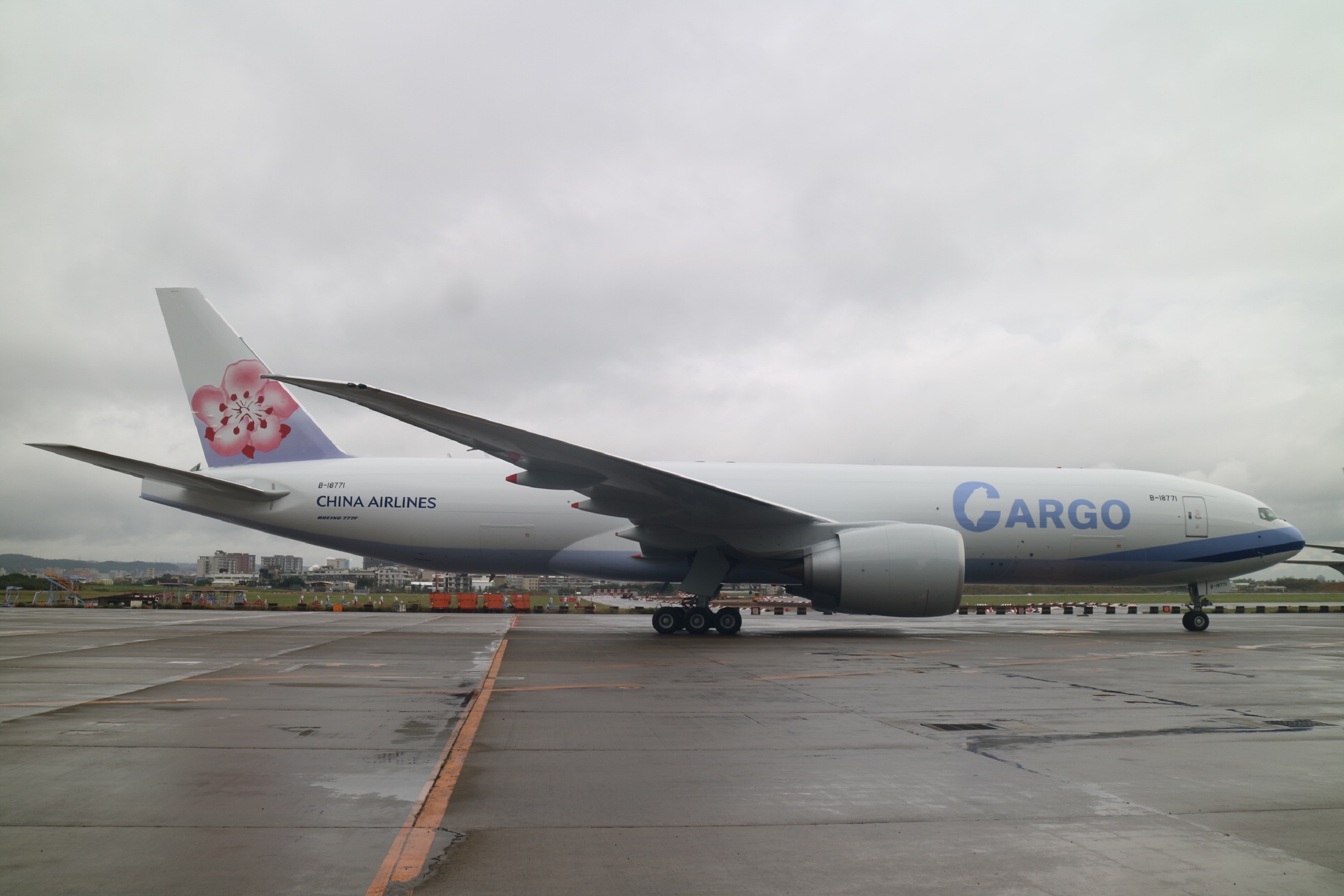 China Airlines has taken delivery of its first Boeing B777 freighter as it looks to ramp up its cargo operations.

The Taiwan-hubbed airline ordered a total of six of the twin-isle freighters at the 2019 Paris Air Show as part of efforts to expand its cargo capacity. Next year, the airline is hoping to increase capacity by 15%.

The freighter will be utilised on routes connecting Taipei with North America — a key market with strong demand and escalating yields, China Airlines said.

“Air cargo demand has risen in light of the global pandemic and has played a critical role in maintaining profitability for our airline despite the downturn in passenger traffic,” said China Airlines chairman Hsieh Su-Chien.

“The efficiency and capability of the 777 Freighter enables us to modernize our freighter fleet, while also allowing us to increase capacity and open into new markets. We look forward to delivering world-class service to our customers.”

As well as the B777F, China Airlines freighter fleet also consists of 18 B747 aircraft.

“The airplane will allow China Airlines to make fewer stops and reduce associated landing fees on long-haul routes, resulting in the lowest trip cost of any large freighter,” Boeing claimed.

“With the global air cargo fleet expected to grow by more than 60% over the next 20 years, the unmatched efficiency of the 777 Freighter will significantly boost China Airlines’ air cargo capabilities and enable them to scale their world-class cargo operations,” said Ihssane Mounir, senior vice president of commercial sales and marketing for Boeing.