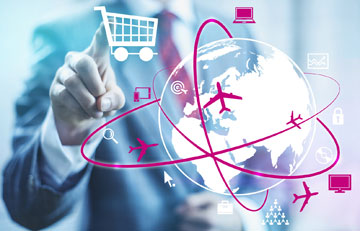 CHINA SOUTHERN Cargo has carried out its first international e-AWB shipment on a flight from its Guangzhou (CAN) hub to Amsterdam (AMS), working with its forwarder Sinotrans, writes Thelma Etim, deputy editor.
The news follows a successful e-AWB pilot exercise the Chinese carrier has been conducting on the AMS-CAN route with DGF (a subsidiary of DHL), and is a very important milestone on its way towards e-AWB implementation, says a company statement.
China Southern began its e-AWB programme on domestic routes in October in 2009. IATA ranks its as the airline operating the second highest number of e-AWBs domestically.
“This is a remarkable achievement. The successful implementation of domestic e-AWBs has laid a solid foundation for China Southern to move forward on international e-AWB adoption,” adds the statement.
“After this first e-AWB trial from our hub, we will endeavor to expand e-AWB roll-out both from home base and worldwide.”