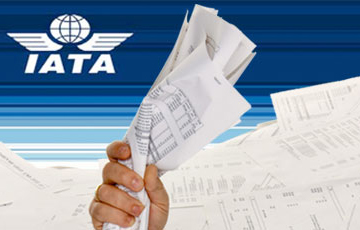 CHINA SOUTHERN Airlines’ first international e-AWB shipment on a flight from its Guangzhou (CAN) hub to Amsterdam is a major benchmark not only for the carrier but also for the International Air Transport Association (IATA), writes Thelma Etim, deputy editor.
Arguably, this latest development increases the possibility of the air cargo industry hitting its annual self-prescribed e-AWB penetration target for the first time.
Penetration is currently at 15 per cent – seven per cent shy.
China Southern, which began its e-AWB programme on domestic routes in October 2009, is ranked as the airline operating the second highest number of e-AWBs domestically.
“This is a remarkable achievement. The successful implementation of domestic e-AWBs has laid a solid foundation for China Southern to move forward on international e-AWB adoption,” says a company statement.
“After this first e-AWB trial from our hub, we will endeavor to expand e-AWB roll-out both from home base and worldwide.”
An IATA spokesperson says the association is pleased to see the first e-AWB trial run for export successfully completed by China Southern. "This is a key step for the progress of e-AWBs in China.”
Previous e-AWB trials had been successfully completed in and out of Shanghai.
The IATA spokesperson adds: “We congratulate the working group led by China Southern, in conjunction with the Chinese authorities, on the achievement of this significant milestone. We look forward to the full e-AWB implementation for all carriers in Guangzhou, as well as at other major hubs in China.”
The association’s ground-breaking multilateral e-AWB agreement has given the e-freight drive a much-needed boost. The single standard document allows shipments information to be exchanged electronically, rather than being accompanied by paper airwaybills.
A total of 1,205 forwarders and 77 airlines have now signed the agreement.