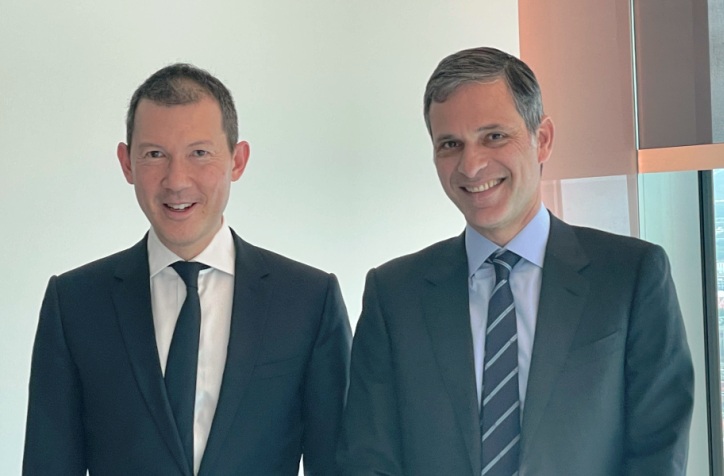 CMA CGM is planning to purchase a 9% stake in Air France-KLM Group as part of a new partnership that also includes combining their freighter operations.

The two firms today announced that they had signed a 10-year exclusive strategic partnership that will see the airline and shipping group combine their current fleets of 10 full-freighter aircraft as well as the 12 freighters they have on order.

CMA CGM currently operates four full freighter aircraft and has placed orders for an additional eight aircraft, two of which may by operated by Air France-KLM.

Meanwhile, Air France-KLM has a fleet of six full freighters – based at Paris CDG and Schiphol – and has outstanding orders for a further four aircraft.

CMA CGM also intends to take up to 9% of Air France-KLM’s ex-post share capital, for a period consistent with the implementation of the partnership.

“The strategic commercial partnership is expected to generate significant revenue synergies including the joint design of the full freighter networks and enhanced products and services mix opportunities,” the partners said.

Rodolphe Saadé, chairman and chief executive of the CMA CGM Group, said: “I am very pleased with this strategic partnership with Air France-KLM. It allows us to significantly accelerate the development of our air division, CMA CGM Air Cargo, which was created just over a year ago, and to position our two companies among the world’s leading players in air freight.

“This partnership is fully in line with CMA CGM’s strategy and its ambition to become a leader in integrated logistics, for the benefit of its customers. Through our stake in the company, Air France-KLM will be able to count on us to support its future development.”

Air France-KLM Group chief executive Benjamin Smith added: “This strategic partnership leverages the complementary skills, expertise and activities of Air France-KLM and CMA CGM. It is a landmark step which will significantly strengthen and expand the Group’s position in the air cargo industry.

“I am also extremely pleased that this commercial partnership with CMA CGM has resulted in their decision to invest directly  in the Air France-KLM Group, demonstrating a strong testimony of their belief in the future success of our Group.”

The move comes as CMA CGM, which has traditionally been one of the world’s largest container shipping lines, has been expanding its logistics offering across the modes.

CMA CGM is not the only shipping line to be investing in the air cargo industry as they look to offer complete supply chain solutions.

The new airfreight company is the result of the existing in-house aircraft operator, Star Air, transferring its activities into Maersk Air Cargo.

Last year, the company announced that it had purchased two new B777 freighters to be delivered by Boeing in 2024, and leased three B767-300 freighters which will be operational next year through Cargo Aircraft Management, the leasing arm of ATSG.

The B767 freighters will be utilised on US-China operations, the company said.

Maersk’s ambition is to have approximately one third of its annual air tonnage carried within its own controlled freight network.

As well as investing in air cargo, the shipping company has also been adding to its forwarder network, recently acquiring Senator International which has a large presence in the air cargo market.

It followed this deal up with the purchase of Pilot Freight Services, another forwarder with a strong presence in air cargo.