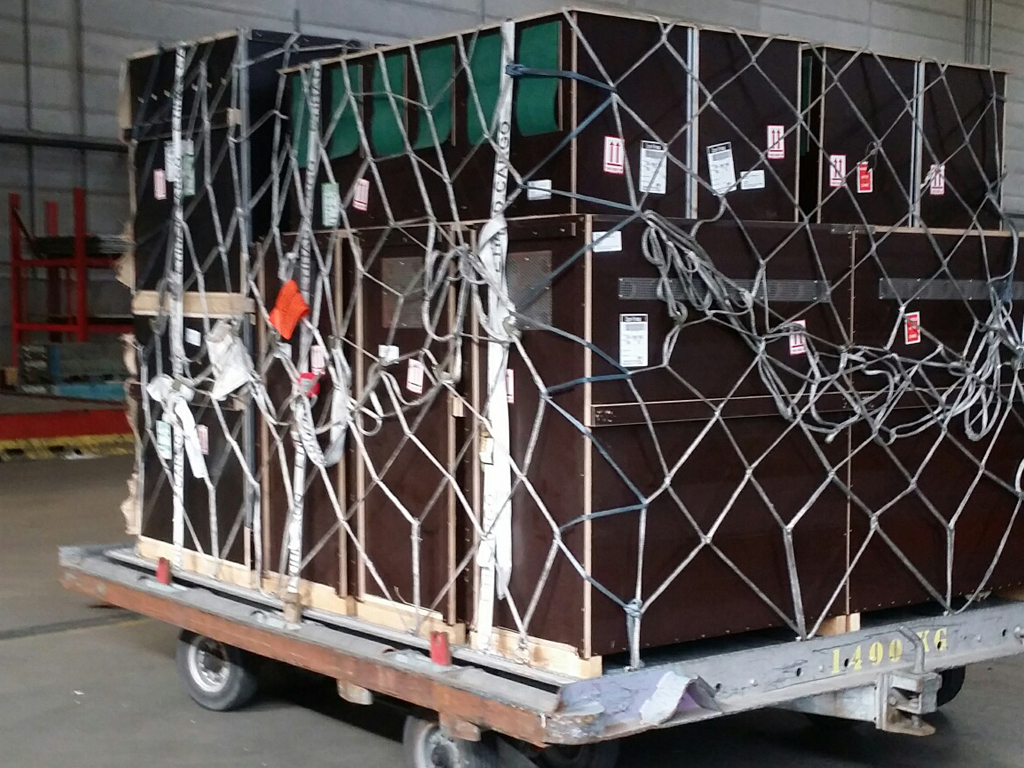 Scheduled and charter cargo services provider Coyne Airways has handled the movement of an exotic collection of animals from Amsterdam to Tbilisi.
A tiger, seven red-neck wallabies, six Barbary sheep, and 24 African penguins were flown from the Dutch capital to the Georgian capital on April 2 on board a Boeing 777 freighter.
A storm in June 2015 created a flood that claimed the lives of more than 300 of the zoo’s animals (either through drowning or when escaped animals were shot to protect human life).
The storm and consequent flooding also claimed many human lives.
The animals flown into Tbilisi this week by Coyne Airways were given freely as part of an effort to repopulate the zoo.
“Efforts to rebuild the zoo have been ongoing since the tragedy struck, and Tbilisi Zoo has received international support and donations,” explained Martyn Griffin, sales manager for Coyne Airways.
“We were delighted to play a part in the recovery effort, by flying the animals on our weekly Boeing 777 freighter flight from Amsterdam to Tbilisi,” he added.
The animals were transported in pallets and crates, in accordance – a Coyne statement said – with IATA Live Animals Regulations (LAR), the worldwide standard for transporting live animals by commercial airlines.
Coyne Airways has flown a range of different animals to the Zoo since the flood.
The animals are delivered just a few hours before a flight to reduce the time they spend in their cages and in the warehouse, and everything is ready for when they arrive so that they can be boarded as quickly as possible.
Coyne Airways specialises in providing scheduled cargo services to hard-to-reach destinations such as Africa, the Middle East and the Caucasus region, and has served Tbilisi uninterruptedly for 20 years.