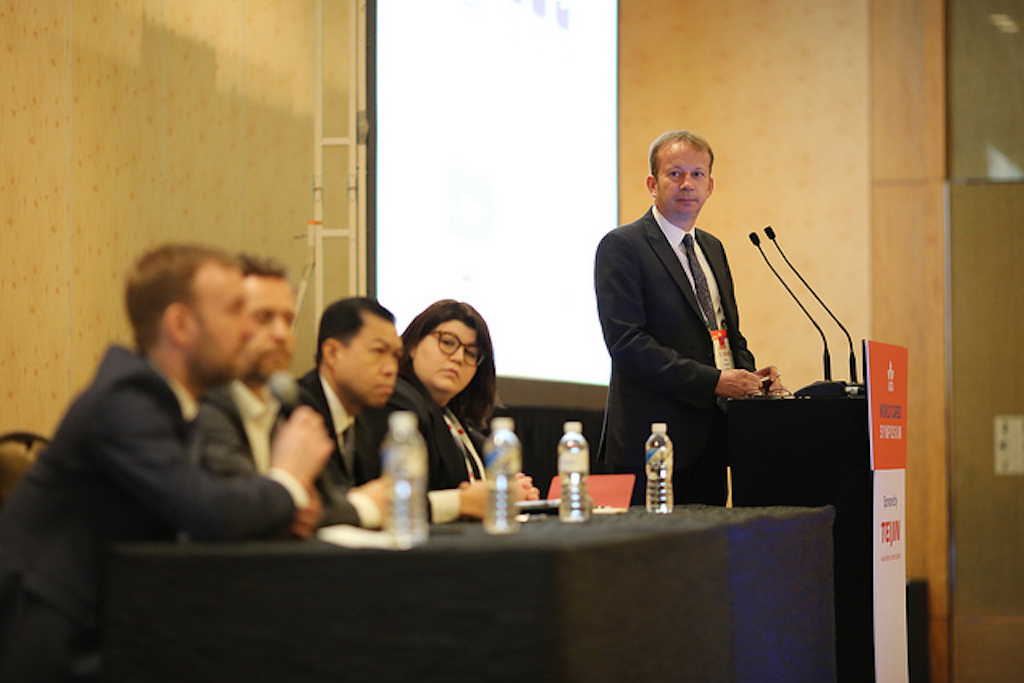 Electronic-Dangerous Goods Declarations (e-DGDs) offer the prospect of shorter consignment cut-off times for shippers and of reducing the number of dangerous goods (DG) shipments – currently 10% – that miss their flights due to documentation issues.

Those were two take-aways from the DG session at the World Cargo Symposium in Singapore which focused on the benefits of e-DGD, with speakers from German cargo IT provider Dakosy, Lufthansa Cargo, US forwarder Expeditors and the Singapore Civil Aviation Authority.

Simon Linder, director sales at Frankfurt-based Dakosy, said that e-DGD declarations on its INFr8 platform at Frankfurt were able to check the shipment “long before it arrives at the airport, when it is too late”.

Linder made the point that Dakosy’s system is neutral and can be used by other airports, while Emyln Arrocha, director global product compliance at Expeditors, said that the processing of DG consignments needs to be modernised because the industry spends time “validating routine shipments”.

Expressing the regulatory standpoint, Vincent Koh, head (DG) at CAA Singapore, said that one advantage of the paperless DGD was that stakeholders were unable to alter data within the document once it had been submitted, avoiding a current issue with the paper equivalent.

“It has improved the product and the feedback from shippers has been very positive.”

While the e-DGD is accepted by a number of countries, it is still not available in the US and Canada, not because of safety reasons but because local regulations would need to be updated.

Asked about how shippers can access the platform, Linder of Dakosy said that INFr8 can interface with inhouse systems used by large manufacturers of freight forwarders, while it can also accept Excel or other format documents submitted by smaller manufacturers.

“We try to make it as easy as possible for our customers, said Linder who said that one benefit for shippers was the opportunity to cut the 10% of DG that are delayed for compliance issues, which makes the supply chain more efficient and means that freight forwarders do not have to charge additional fees.

Koh said that a wider take-up of the e-DGD would result in a “clear benefit” for regulators in that it provides a standard that will reduce mistakes and lead to compliance.

Asked whether the e-DGD would lead to shorter cut-off times for DG shipments, Billion said that it was “definitely possible” in the longer term but with the large number of data items in a single document it would require early filing of data.

Neutrality of the system was important, said Linder: “It is very important for shippers that they can reach different airlines at different airports because sometimes there is a change in the consignment route and so it is important they have access to a neutral set-up.”

Arrocha said that for freight forwarders who use multiple airlines, achieving a “critical mass” in e-DGDs would make it “easier to sell internally” within the company.