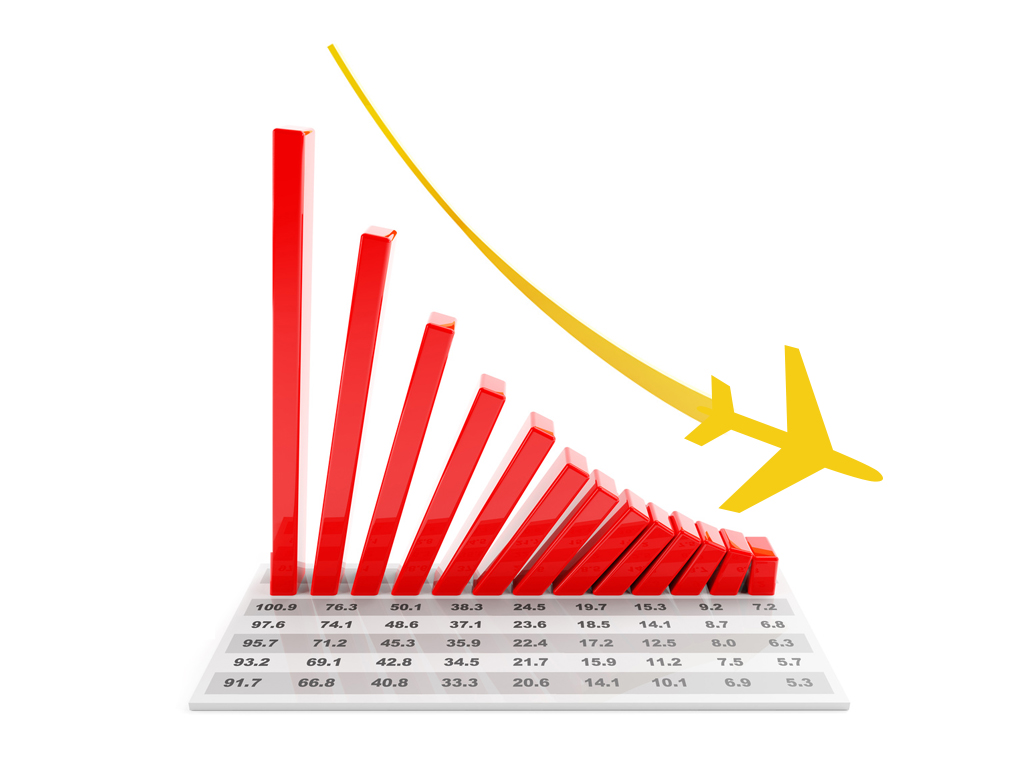 Freight rates out of China continued their return to normal seasonal levels last week, putting further pressure on the use of passenger-freighter flights.

The latest figures from TAC Index show that average rates from Shanghai to Europe last week declined by 30.8% week on week to $3.70 per kg. Prices are far below the peak of $11.18 per kg recorded just five weeks ago, but remain 51% up on this time last year.

Meanwhile, airlines are continuing to reduce their use of cargo-only passenger flights as regular passenger operations re-start and rate declines put pressure on the profitability of such services.

In a mid-June trading update Cathay Pacific said that in the future it would consider reducing its cargo-only passenger flights.

And this week, the South China Morning Post reported that the airline had told staff that cargo demand has been tapering off, and as a result, there will be cancellations of cargo-only passenger aircraft flights, with the commercial decisions made closer to the time of the flight.

The carrier mounted around 900 pairs of cargo-only passenger flights in May, primarily serving long-haul destinations in North America, Europe and Australia.

As well as lower demand and rates, fuel prices have also been rising to put the economics of these services under pressure.

“A number of airlines (including Cathay Pacific) have gone public about pulling the plug on passenger-freighters, as achievable prices converge on operating costs.

“This isn’t surprising considering the inefficiency of these aircraft in moving cargoes, and the time it takes to load thousands of boxes through cabin doors and onto seats.”

He added: “The sustainability of the airfreight price and underlying cargo volume is also in doubt, airlines (particularly passenger airlines) do not appear to project a view of medium-term air freight demand support.”

On the capacity front, cargo space is around 25% lower than a year ago according to Accenture’s Seabury Consulting. Capacity on the transpacific is actually 3% up on a year ago, while from Asia Pacific to Europe it is down by 17%.

Last week, Seabury said that cargo-only passenger flights out of China started to decline in mid-May and declined another 16% in the second week of  June, a decrease of 3,800 tonnes when compared to the previous week. 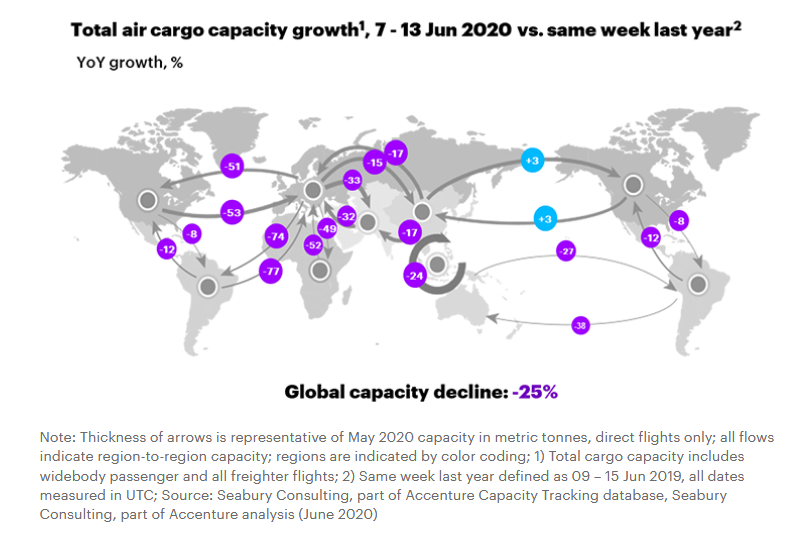