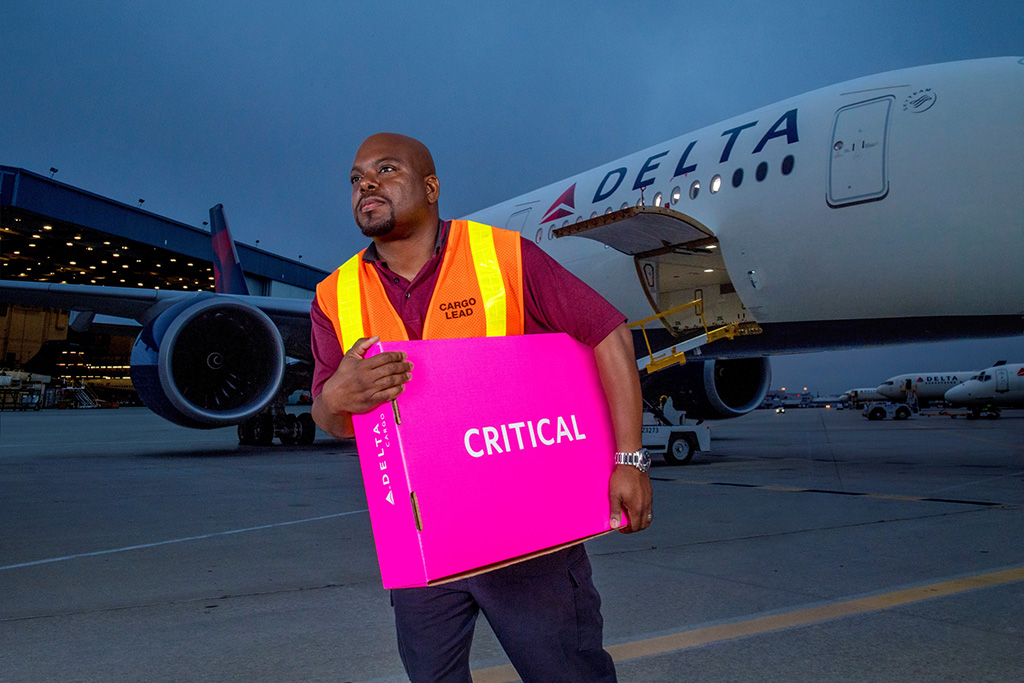 Delta Cargo has launched a GPS-linked Equation Critical international service for time-sensitive shipments that must travel on the next available flight – an international version of its DASH Critical domestic US offering.
With distinctive pink packaging, Equation Critical shipments do not require pre-booking and cargo can be tendered up to 90 minutes before a flight.
The service is aimed at legal documents, essential machinery parts and aircraft on the ground components. There is a service-level guarantee and Delta’s Cargo Control Center proactively monitors shipments throughout the journey. Customers can also track their shipments in real time.
It will initially be available for international shipments originating in Atlanta, Savannah or London and destined for Bogota, Colombia; Johannesburg, South Africa; Quito, Ecuador; and Seoul-Incheon, South Korea. Atlanta, Savannah and London will also accept import shipments. Equation Critical will be progressively rolled out in other international markets across the Delta network, subject to regulatory approval.
Delta Cargo vice president  Shawn Cole commented: “Following the successful launch and roll-out of DASH Critical in the US we have taken that formula to the next level and introduced our new Equation Critical service for international shipments which have the highest boarding priority in our network.”
Read more Express and Automotive Logistics news