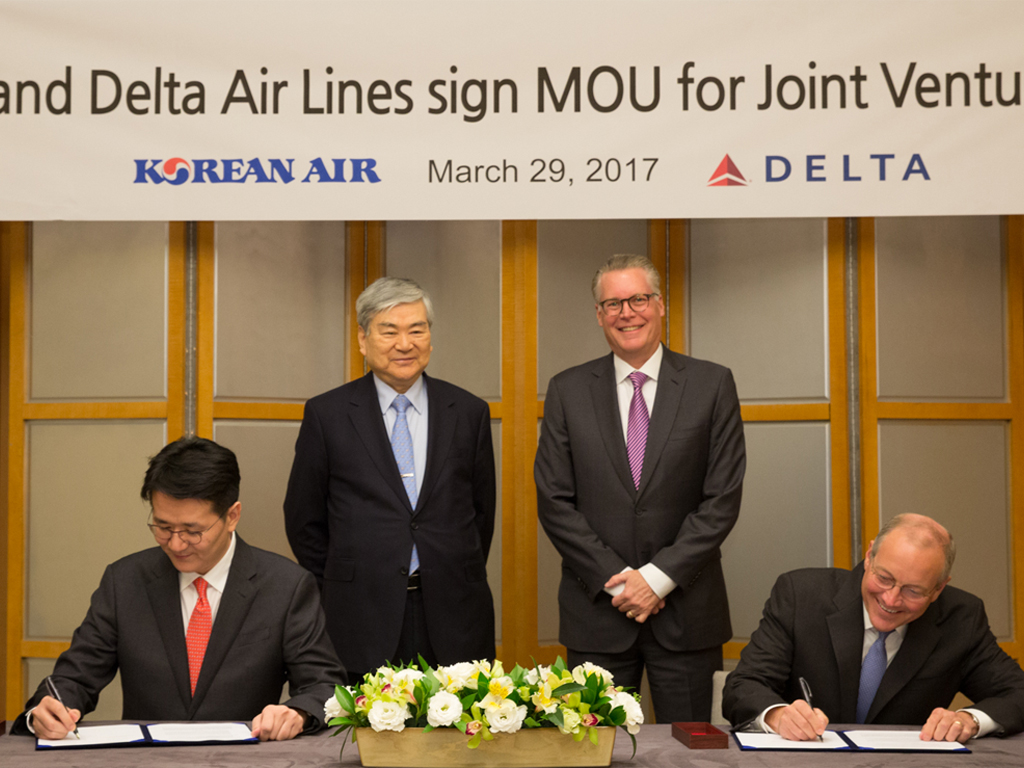 Delta and Korean Air have signed a joint venture for the trans-Pacific. The two airlines will share costs and revenues and coordinate their schedules to improve connections. The new combined network will serve over 290 destinations in the Americas and more than 80 in Asia.
Codesharing will be extended and the two carriers will co-locate at key hubs to improve transfers.
Delta will launch a service between Atlanta and Seoul in June, complementing Korean Air’s existing service.  At the same time Korean Air will introduce a third roundtrip between Los Angeles and Seoul, as well as a second flight between San Francisco and Seoul.
Delta chief executive, Ed Bastian, said: “This agreement deepens our longstanding partnership with Korean Air and will provide the global access and seamless service our customers demand.”
Korean Air’s chairman and chief executive, Yang Ho Cho, added: “With this agreement, we will reinforce Incheon airport’s position as a major international hub in North East Asia and support the growth of Korea’s aviation industry.”