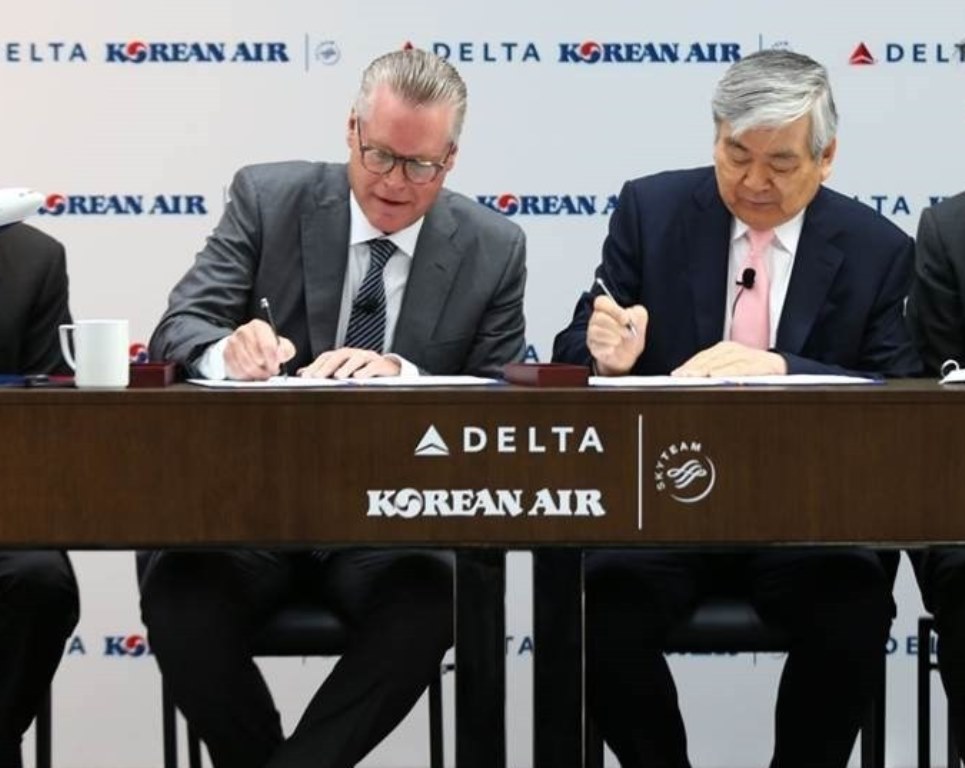 Delta Air Lines has announced another partnership – signing a new deal with Korean Air covering the transpacific trade – as it looks to continue to expand its network.
The two airlines said the joint venture agreement, which includes belly cargo, will create a combined network serving more than 290 destinations in the Americas and more than 80 in Asia.
The agreement follows the airlines’ signing of a memorandum of understanding in March announcing the intention to form a joint venture.
"The joint venture will augment the two airlines’ capabilities in the trans-Pacific market and provide the necessary scale and scope to compete in this market," the two airlines said.
"Together, Delta and Korean Air are building a world-class partnership that will offer more destinations, outstanding airport facilities and an unmatched customer experience on the transpacific," said Ed Bastian, Delta’s chief executive.
"By combining the strengths of our two companies, we are building a stronger airline for our employees, customers and investors."
"Now is the right time for this JV. The synergies we’re creating will build stronger and more sustainable companies, and this is good for travelers, our companies and our countries," said Korean Air chairman, YH Cho.
In anticipation of the joint venture, Delta recently launched a new nonstop service between Atlanta and Seoul.
In a recent interview with Air Cargo News, Delta Cargo president Gareth Joyce outlined the importance of its partnerships when it comes to network expansion.
Joyce explained that the European market is covered through its AF KLM and Virgin Atlantic deals, which were ramped up last year, its South American network was recently enlarged through its partnership with AeroMexico, while the deal with Korean would help expand its presence in Asia, with its already "strong platform" to Japan.