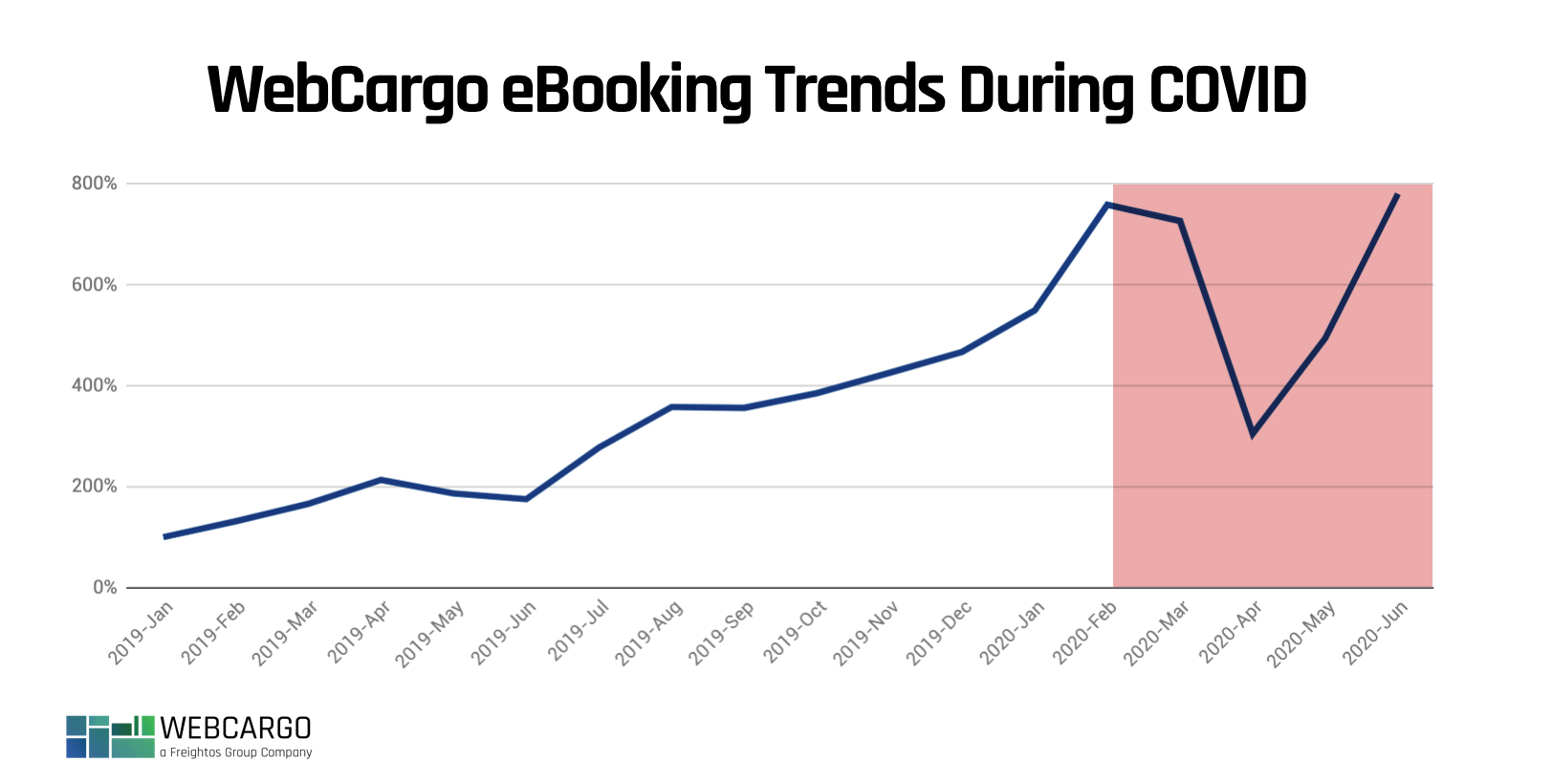 The use of air cargo online booking portals looks set to increase over the coming months, despite a slowdown in growth during the height of the PPE capacity crunch.

Freightos chief marketing officer Eytan Buchman told Air Cargo News that its WebCargo booking platform, which has 22,000 users and claims to have the largest network or airlines, has seen a continuous increase in usage since its launch two year ago.

The pace of growth really picked up just over a year ago, he said, and added that around 10-15% of capacity in available tonne km terms is now available through e-booking.

However, this year the move to online booking had slowed as a result of the air cargo capacity crunch experienced in April and May.

“The most interesting thing that has happened this year is that January, February and March were record years from our perspective,” Buchman said.

“There was a spike due to Covid and the fact that routes were changing very quickly.

“Capacity was dropping, rates were changing and so it suddenly became all the more important to take advantage of things like e-booking.

“Then in April and May we saw it drop and [growth] numbers fall back to levels we hadn’t seen since the middle of last year. And then it popped back up last month, when we had the highest number of e-bookings we have ever had.”

Statistics from WebCargo show that e-booking was increasing at a rate of more than 700% year on year in February and March before dropping back to between 300% and 500% in April and May.

June saw growth return to the number of e-bookings.

“It really became a horse trading market with people calling up a specific person they know.”

It now also utilises WebCargo as it provides access to a wider range of airlines in one place, he added.

Caum agreed that the slowdown in booking growth in April and May was likely caused by the rapidly changing market.

He said that airlines were asking forwarders to revise their digital bookings by email or phone to re-validate them. He added that most had now returned to normal.

Caum expects M.C. TRINTER to continue to increase its use of digital booking, especially as more airlines are added.

“Right now there are six or seven airlines offered in the same pack where you can compare rates and possible bookings at the same time and we hope that the number of airlines will keep increasing,” he said.

Looking ahead, Buchman said that WebCargo is beginning to roll out a new search consul, called Matrix View, that will more closely reflect the e-commerce platforms and booking portals that forwarders use in their personal lives.

Buchman explained the consul will provide various options when a search is made to give the user more options.

For example, the user may be happy for a slightly longer transport time if there are savings to be made on the freight rate.

“It is really just mapping out the entire thing in front of you. All you do is put it in a general time frame of when you need it to land or when you need to send it and you have all of those options and you pick and choose. It is all based off live rates and actual capacity.

“The bigger picture is that freight is shifting over much more over to a consumer centric technology view.”

WebCargo has started to roll out the new consul to its more frequent users and by the end of July it will released to every user.