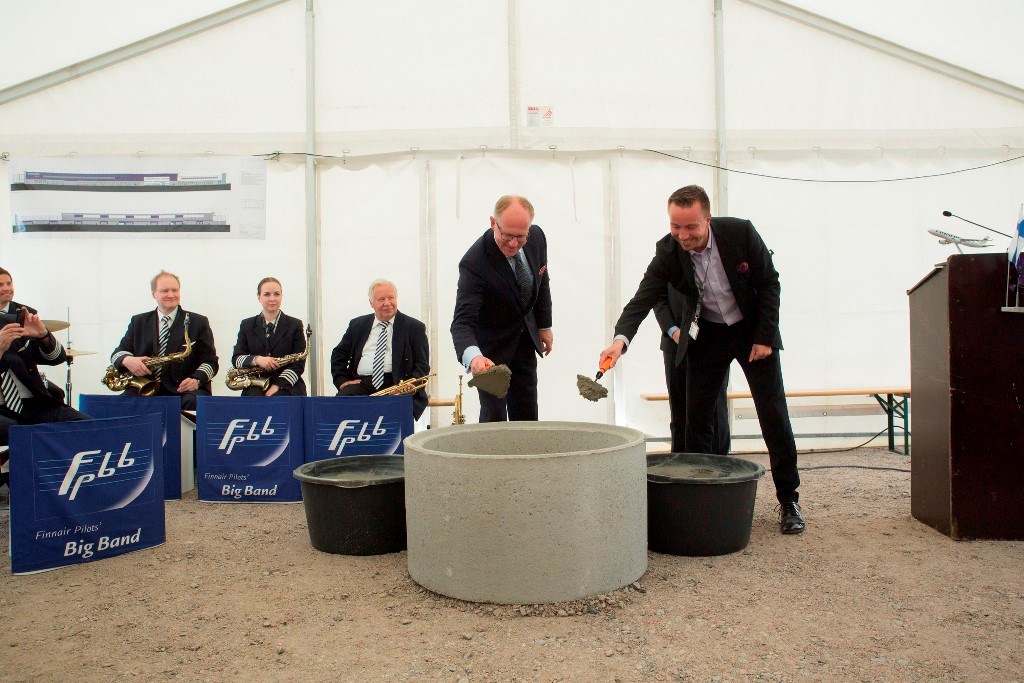 There was a double celebration at Finnair Cargo today (30 June) as the airline officially started work on its new cargo terminal at Helsinki Airport – and it became the first airline to receive IATA’s new CEIV pharma certification.
The Finnish carrier marked the start of construction of its new €80m terminal with a cornerstone laying ceremony and by burying a time capsule, containing amongst other things a paper air waybill.
The new terminal, to be named Cool Nordic Cargo Hub and expected to be completed in April 2017, is to be built in line with the arrival of the airline’s order of A350 XWB aircraft which will offer an additional capacity per plane of 16-20%.
The new aircraft will increase the airline’s cargo capacity by 50% when delivery is completed in 2020. It will receive the first of the aircraft later this year.
With more cargo set to arrive at its Helsinki hub, the airline required more cargo capacity than its existing facility is able to offer, vice president and head of cargo Antti Kuusenamki told Air Cargo News.
The new facility, which will comprise 31,000sq m of terminal space and an additional 6,000sq m office block, will offer double the capacity of the existing facility.
In total it will be able to handle 450,000 tonnes of cargo per year and has the option to expand handling capacity by an additional 100,000 tonnes with the addition of an extra 10,000sq m of warehouse space.
It will also offer a 3,000sq m dedicated pharma area and a 3,500sq m perishable cargo area.
The development of these sections, described by Kuusenamki as state-of-the-art, are in line with Finnair’s focus on high-value cargo.
The warehouse will also be automated where possible with an automated ULD and rack system.
Finnair also today became the first airline to gain IATA Center of Excellence for Independent Validators Pharmaceutical Logistics (CEIV) certification.
It was presented with the certificate during today’s ceremony. 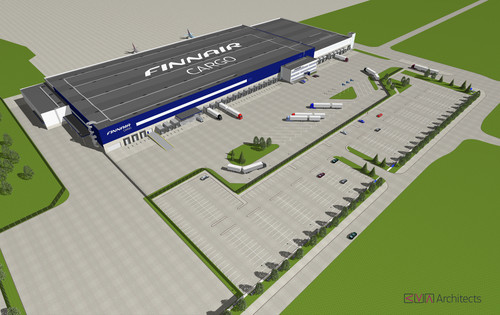