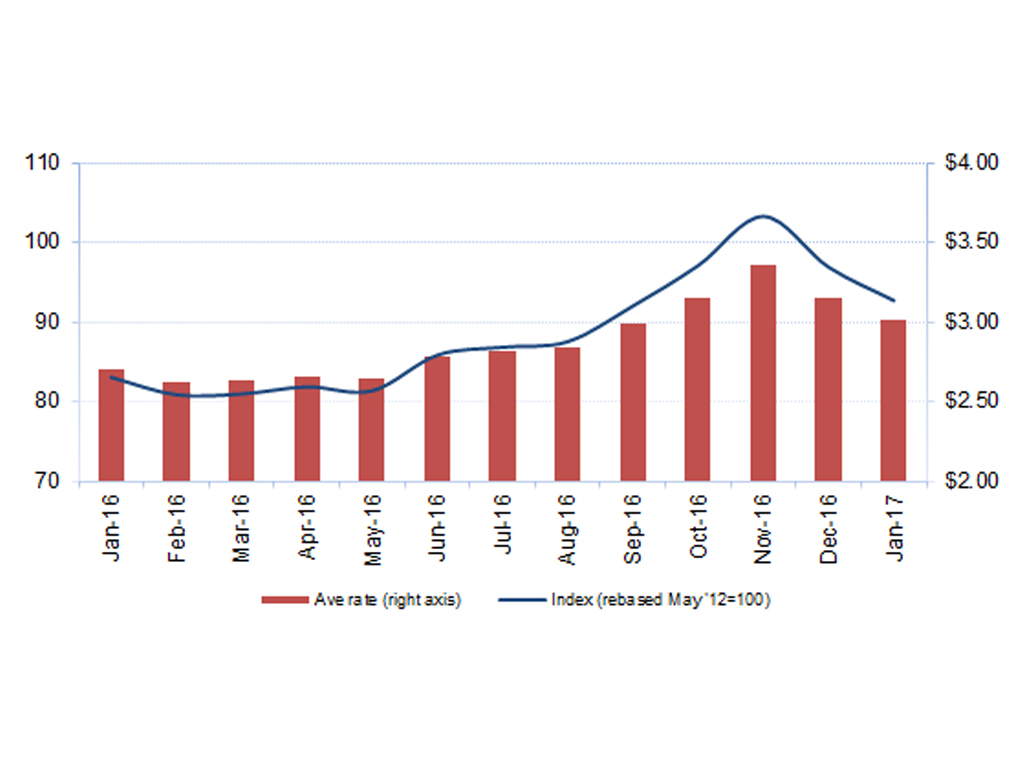 Drewry’s East West Airfreight Price Index fell by the lowest monthly margin in January since it started in 2012, suggesting greater stability in the market, said the analyst’s Sea & Air Shipper Insight.
While Drewry expects to see a decline between December and January, the reduction was less than in previous years. Rates fell 24 cents between December and January 2016, compared with a fall of 29 cents in 2014-2015.
Rates fell just 0.13 cents, holding about the $3 per kilo mark in January, at $3.01. However, that rate is the second-lowest seen January. (In January 2016 it was $2.69).
Drewry expects to see a small seasonal decline to the index in February.
Rates are also at their highest since October 2016, when they averaged $3.15 per kilo.
December 2016’s freight prices were also ahead of the year-ago level in December, though they did suffer their usual seasonal month-on-month drop-off compared with November 2016. Rates tend to fall off in December following the Christmas rush.
Drewry adds that it expects to see a small seasonal decline in the index in February 2017.