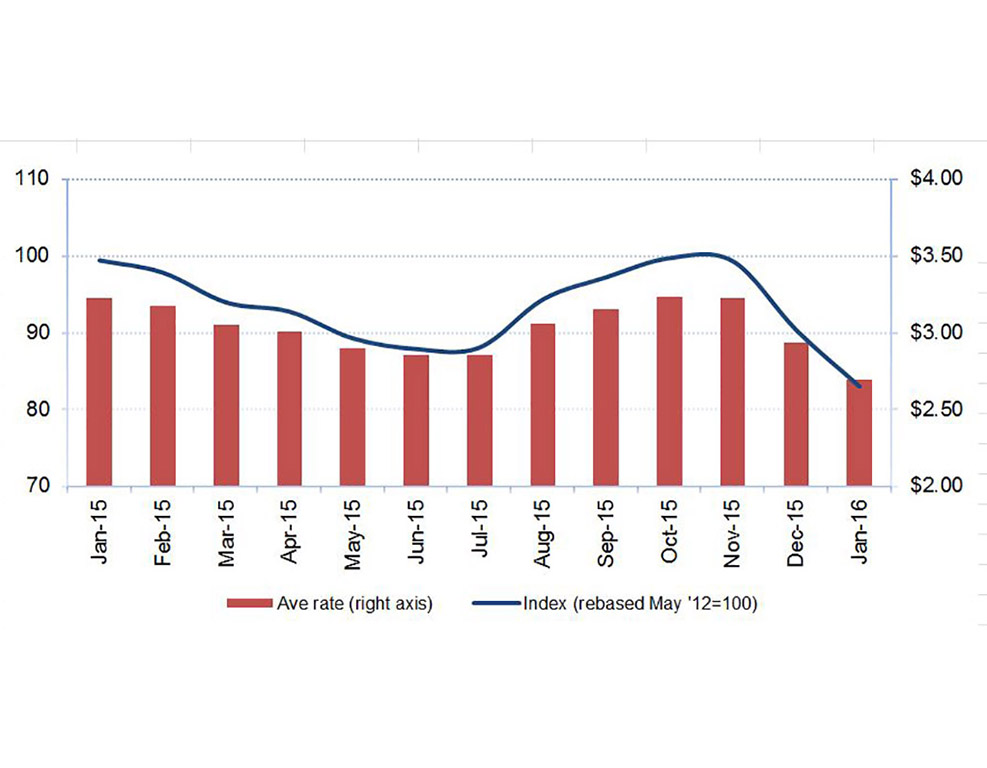 Drewry, the independent advisory and research organisation,has released its latest East-West Airfreight Price Index, which shows that freight rates were down by 7.4 points in January (compared to December last year) to a level of just 83.0, its lowest point since the index was first launched in May 2012.
January represented the third consecutive month of falling price levels. Over that quarter, the index declined by 16.7 points from its October peak. Compared to the same month last year, the index was 16.4 points down in January.
Rates were expected by Drewry to strengthen in January on the back of tighter capacity conditions in the run up to an early Lunar New Year but, Drewry Sea & Air Shipper Insight reports, the anticipated peak never took place.
Drewry said that it expects airfreight rates to remain weak until the Northern Hemisphere spring, when European and North American retailers are expected to rebuild inventories for the coming season.
It suggests that the ongoing rate decline is symptomatic of “underlying market weakness”. Global air cargo traffic figures produced by the International Air Transport Association (IATA) paint a similar picture; while IATA statistics for January are not yet available, those for December 2015 suggest a mere 0.8% year-on-year