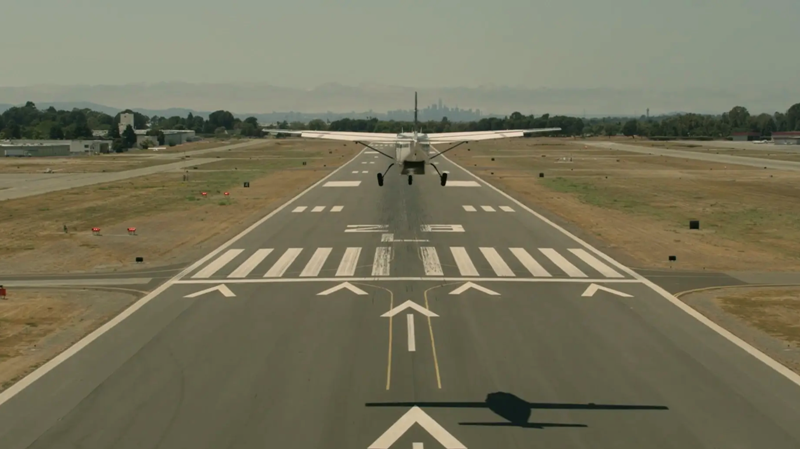 Before the pandemic hit the world of air cargo, there were five or six industry developments that were constantly hitting the headlines; digitalisation, drones, e-commerce, sustainability and Brexit were key amongst them.

And as an early sign that we are perhaps heading back to some form of relative normality (touch wood), or at least a ‘new normal’, the industry does seem to be turning its attention back to some of these more long-term developments.

The drone sector appears to have come back particularly strongly in recent weeks, with the most recent development yesterday announced by autonomous aircraft company Xwing.

The firm revealed that in February one of its Cessna Grand Caravan 208B aircraft completed its first “fully autonomous gate-to-gate demonstration of a commercial cargo aircraft”.

The San Francisco Bay area start-up said its specially outfitted Cessna 208B left the gate, taxied, took-off, landed and returned to the gate entirely on its own.

Although a video of the flight shows that there was a safety pilot in the cockpit, all traffic control interactions were completed from the ground.

Xwing chief executive Marc Piette said: “Over the past year, our team has made significant advancements in extending and refining our AutoFlight system to seamlessly integrate ground taxiing, take-offs, landings and flight operations, all supervised from our mission control center via redundant data links.”

In addition to the flight test, Xwing said that after its most recent funding round, it is now valued at $400m, demonstrating investor appetite for autonomous aircraft business.

According to FlightGlobal, Xwing is one of numerous aviation technology firms, including aerospace heavyweights Boeing and Airbus, in the running to build autonomous flight systems for aircraft of all sizes.

So assuming that cargo drones as a business do take off, where would it fit into the current industry?

Certainly from most of the news releases that we have seen so far, the use case for the drones seems to be quite specific: quickly reaching remote locations.

Earlier this week, Japanese airline group ANA Holdings revealed that it is collaborating with drone manufacturer Wingcopter on a new aircraft.

ANA said that the two partners were conducting trials with an electrical fixed-wing VTOL (vertical take-off and landing) aircraft developed by Wingcopter, with the aim of building a drone delivery network capable of serving needs across Japan.

It is hoped the drones will help accelerate the delivery of vital pharmaceuticals and other consumer products to the country’s more remote locations.

It was a similar story for SF Express, which this week revealed a project with Slovenian aerospace firm Pipistrel.

The China-based express giant said that in the next 10 years it will have a fleet of more than 1,000 large vertical take-off cargo drones (UAVs) to meet remote delivery requirements.

Earlier in April, UPS revealed plans to purchase up to 150 electric aircraft — that could one day be used as drones — as an alternative to fixed-wing planes for time-sensitive deliveries.

Again it cited the need to reach rural locations: “UPS’s use of the aircraft will benefit healthcare providers, thousands of small and medium-sized businesses, and other companies in smaller communities,” it said.

At the start of April, Dronamics launched a cargo drone airline that will manage same-day delivery services with the Black Swan, its flagship unmanned drone.

In the past the company has told Air Cargo News about how it aims to partner with local industry to provide a way of getting goods in and out of small, remote, mountainous and/or island communities within hours.

So should these developments have established cargo airlines shaking in their boots?

The aircraft will undoubtedly offer an alternative to smaller caravan sized aircraft, but these companies have the opportunity to invest in drone aircraft themselves, while the manufacturers should be able to develop their own or models or even adapt existing aircraft to an unmanned setup.

Perhaps the bigger impact will be on trucks and vans that would have traditionally made the journey to these remote locations.

Dronamics founder Svilen Rangelov says the Black Swan will offer similar capacity to a Sprinter van and become a viable option on journeys where a van would need to travel for at least seven hours.

He also said he hoped it would even offer costs that are often lower than road transport.

UPS also envisages its aircraft as acting as an alternative to both road and air.

Dongqi of SF Express said: “SF Express intends to adopt cargo VTOL drones to solve this bottleneck due to their flexibility and high speed, which is on par with helicopters, and has low costs which are competitive with truck delivery.

“The high-altitude capability allows us to extend our civil air cargo service coverage to even difficult to reach mountainous areas. We believe VTOL drones will become a major vehicle in China, and SF Express alone will need more than 1,000 in the next 10 years.”

However, while the technology is increasingly proven, regulators have been slow to adapt over safety fears and reflecting the public’s caution over pilotless aircraft. It could therefore be a couple more years until even drone operations even to remote locations truly take off.

An Israeli start-up is the latest to join the race to bring to market a next-generation airship, joining the likes…