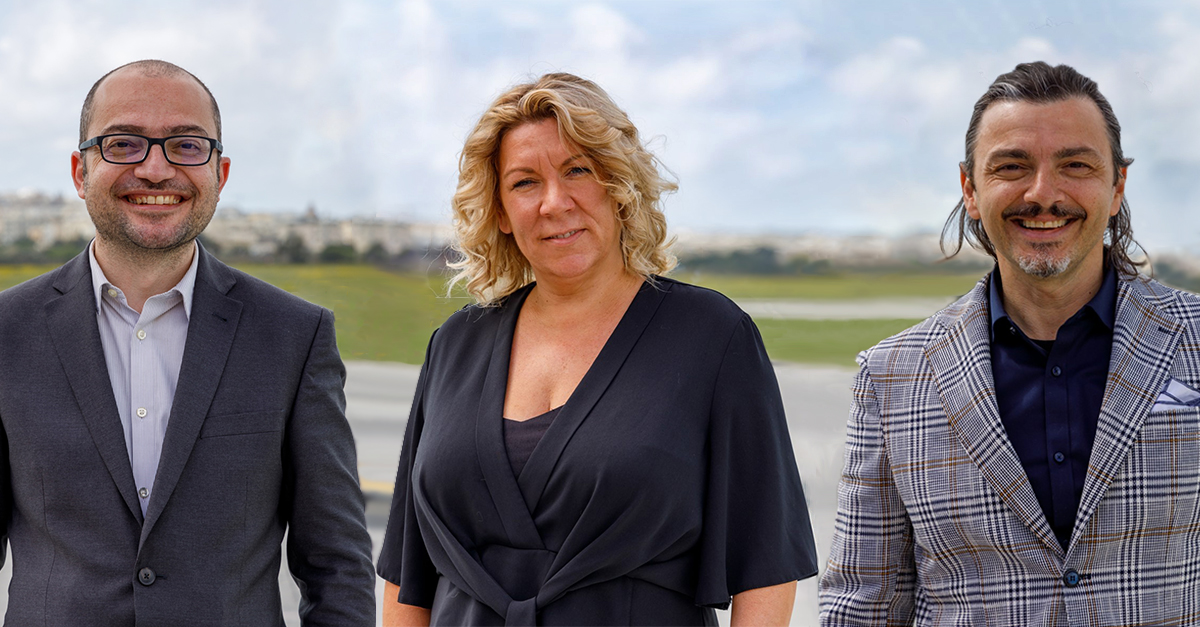 Dronamics is growing its European operations team ahead of the company’s first commercial flights of its Black Swan aircraft this year.

The London and Sofia-based cargo drone developer and operator’s team is based in Malta, the company’s European Operations base.

The company hired hired Ruth Sawers as director of operations in October 2021.

Sawers’ background is in specialised recruitment in the oil, gas and aviation sectors. She is also the president and founder of the Women in Aviation Networking Group in Malta and is a passionate advocate of diversity in the workplace.

Chircop has authored several peer-reviewed publications in aviation engineering and is also resident academic at the University of Malta’s Institute of Aerospace Technologies and the Department of Electronic Systems Engineering.

Martha Romero is the newly appointed director of safety, quality and compliance. Her experience in commercial aviation, having worked with Monarch Airlines and Norwegian Air in the UK, will be key as Dronamics sets to expand connectivity across its European network.

Julian Scicluna joins as director of flight operations. With over 16,000 hours of flight time, his experience as a pilot includes Air Malta and Hong Kong Dragon Airlines aka Dragonair. After earning a captain title, Julian also gained valuable experience as a training captain on the A330.

Finally, Joao Jordao completes the team as director of maintenance and airworthiness. As a former NetJets as well as Emirates Engineering lead, Joao brings a deep understanding of aircraft maintenance processes.

The varied and extensive experience that the team brings is expected to boost Dronamics’  position as it prepares for its demonstration, followed by first commercial flights from Malta.

”The regulatory, operational and flying expertise that our complete team brings puts us in a strong position to fulfill our ambitions for 2022 and beyond. As our first European operations base, Malta will play a key role in establishing our commercial capabilities across Europe,” said Sergio Oliveira e Silva, chief operating officer of Dronamics.

Earlier this month, Dronamics appointed Paul Morton as chief financial officer and a member of the executive team.