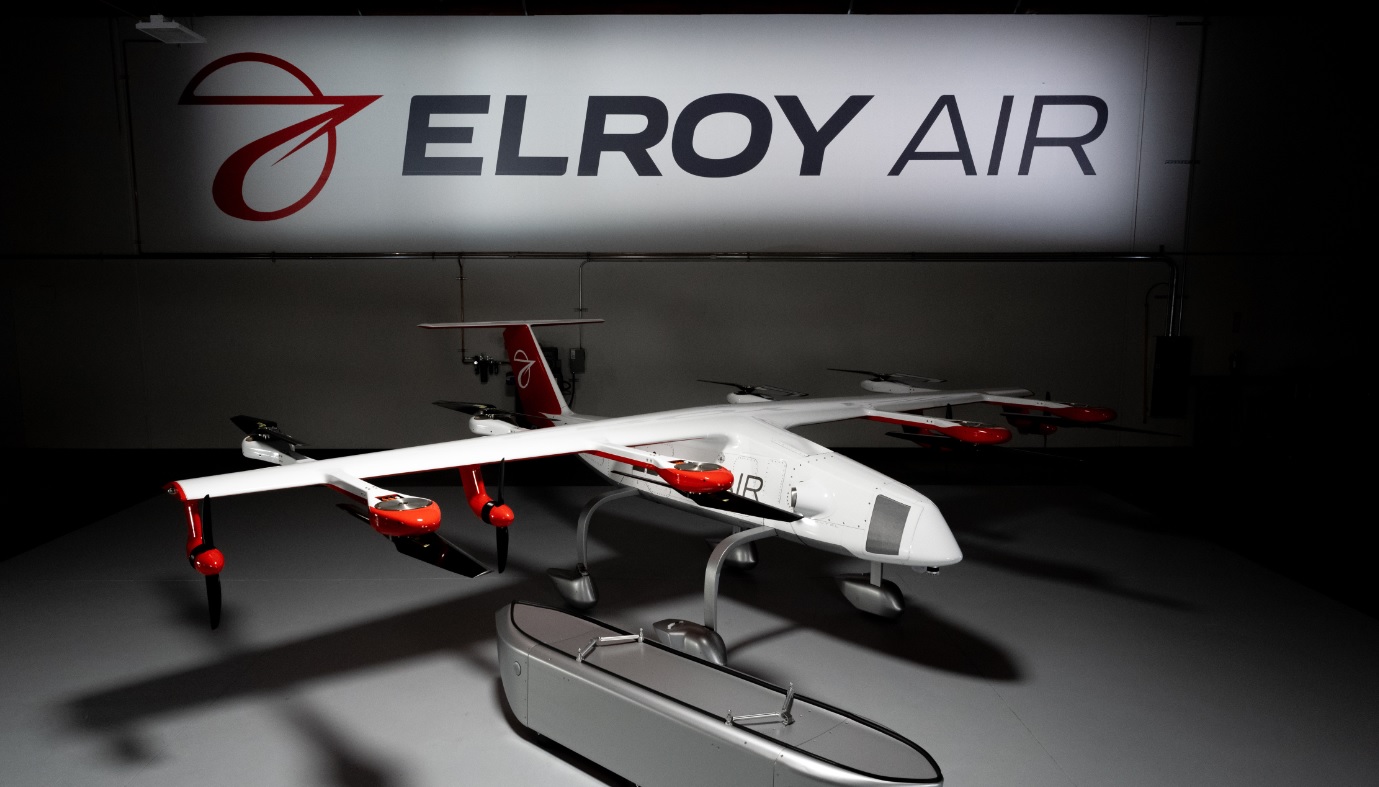 Elroy Air has unveiled its pre-production Chaparral aircraft that is capable of autonomously picking up 300-500 lbs of cargo and delivering it by air up to 300 miles.

The Chaparral is a transitioning “lift + cruise” vertical take-off and landing (VTOL) aircraft with a full carbon composite airframe, and a turbine-based hybrid-electric powertrain for long-range mission capabilities.

California-based Elroy Air has developed lightweight, aerodynamic modular cargo pods that can be pre-loaded by ground personnel and picked up by the aircraft before takeoff. At the delivery location, the cargo pod is lowered to the ground and released after the system has landed.

The Chaparral system can then retrieve another pre-packed pod and transport it to its next destination.

Designed to fit in a 40’ shipping container or C-130 cargo aircraft, the Chaparral can be be quickly shipped and deployed anywhere in the world.

Elroy Air co-founder and chief executive, David Merrill, said: “The Chaparral is an important part of the future of express logistics. It is built for full end-to-end automation, and it will safely and efficiently make express shipping possible in thousands of new places. It’s a delivery drone that’s faster than ground transport and lower cost than today’s traditional aircraft.”

The company has secured agreements for more than 500 aircraft from commercial, defence and humanitarian customers.

US regional airline Mesa Airlines has intent to order 150 aircraft to serve the express parcel and healthcare sectors.

AYR Logistics, which provides logistics humanitarian support worldwide, has also signed an agreement with Elroy Air to purchase up to 100 Chaparral aircraft.

Elroy Air was awarded a Tactical Funding Increase (TACFI) Award from the US Air Force in the fourth quarter of 2021, amounting to an additional $1.7m in contract value alongside its existing Phase 3 SBIR contract. The funding will be used to further develop deployment details and a concept of operations.