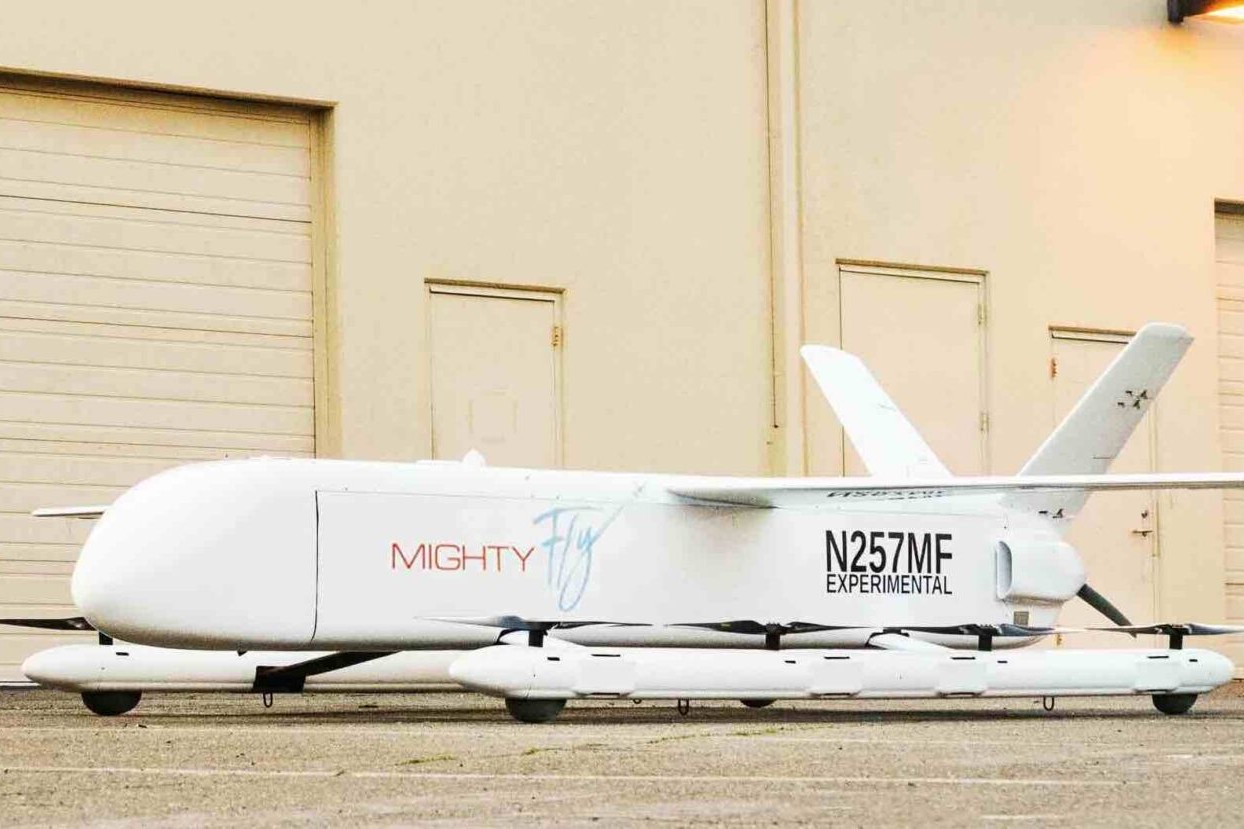 The FAA has granted the California company’s MightyFly Cento eVTOL aircraft a Special Airworthiness Certificate and a Certificate of Authorisation (COA) for long-range flights.

This means that MightyFly can start demonstrating the long-range flight capabilities of Cento.

Demonstrating autonomous eVTOL flights up to 600 miles of range with 100 pounds of cargo is unprecedented in the industry, said MightyFly.

With this COA in place, the company will be able to accelerate development of its autonomous aircraft, with a larger airspace (230 square miles) in which to test the transition from hover to forward flight at medium and high altitudes (up to 5000 ft).

Because Cento is equipped with a hybrid powertrain, it does not require recharging between flights. An internal combustion engine recharges the aircraft’s battery while in the air, enabling it to perform multiple consecutive deliveries, with up to 600 miles range.

Cargo is loaded and unloaded by a conveyor belt that operates autonomously, so no human handling other than drop off and pick up is required at the ground stations.

“The traditional hub-and-spoke distribution model can still serve businesses that have centralized warehousing and shipping systems in place and that have experienced few logistics issues,” said Manal Habib, MightyFly chief executive and co-founder.

“But if there is one lesson we’ve learned from supply chain bottlenecks and logistics over the past few years, it’s that we need flexibility – to be able to adapt to various cargo volumes and expedited timing or urgencies.

“Medical companies, just-in-time manufacturing, and the 51% of all retailers that now provide same-day delivery need a faster and more affordable way to get their goods and perishables to the final destination.”

MightyFly is planning to develop a larger vehicle that can carry 500 pounds of cargo.

US Lincoln Airport to be styled as air cargo hub

Lincoln Airport in Nebraska, US will receive $65m investment that aims to turn it into an air cargo hub with…