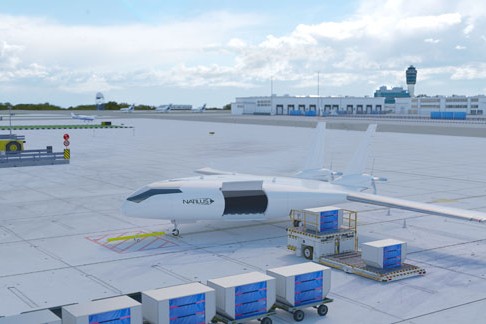 Scheduled to fly in 2024, the 3.8T is a mostly composite, blended-wing body, autonomous aircraft.

The company aims to provide customers with double the air cargo volume for each trip compared to a similar cargo aircraft, while simultaneously reducing up to 60% of today’s cargo transport cost.

“We selected Janicki because they are a family-owned and operated company, founded and run by engineers with the highest qualifications and experience in designing large-scale, high-precision prototypes, tools and production parts,” said Natilus chief executive Aleksey Matyushev.

“Janicki is pleased to partner with Natilus on the 3.8T prototype. Autonomous aircraft are the future of the air freight industry, and we are very excited to be working on this leading-edge project,” said John Janicki, president of Janicki.

Natilus said it also chose to work with Janicki because of its commitment to green operations that aim to protect the environment through continual improvements to save fuel and water, reduce waste, air emissions, noise, and material consumption.

In August, Natilus selected Pratt & Whitney Canada to supply the engines for the 3.8T.

In April, Natilus expanded to its Brown Field facility that hosts engineering and manufacturing facilities to support construction of the N3.8T.

Shortly before moving to its new facility, the company signed a contract with Collins Aerospace for the design, development and integration of a specialised cargo loading system for the N3.8T.

Natilus has advanced purchase commitments of more than $6bn for the delivery of 440+ aircraft in pre-orders.